Monkeys That Fight With Stones 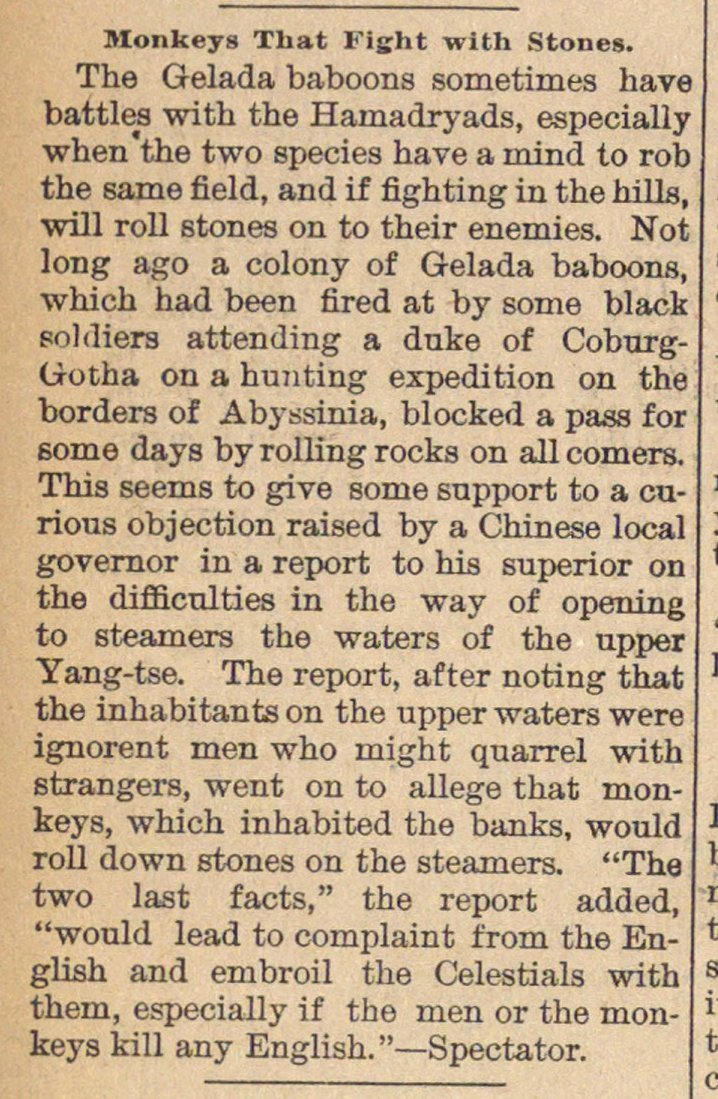 The Gelada baboons sometimes have battles with the Hamadryads, especially when the two species have a inind to rob the same field, and if fighting in the hills, will roll stones on to their enemies. Not long ago a colony of Gelada baboons, which had been fired at by some black soldiers attending a dnke of CoburgGotha on a hvmting expedition on the borders of Abyssinia, blocked a pasa for some days by rolling rocks on all corners. This seems to give some snpport to a curious objection raised by a Chinese local governor in a report to bis superior on the difficnlties in the way of opening to steamers the waters of the upper Yang-tse. The report, after noting that the inhabitants on the upper waters were ignorent men who might quarrel with strangers, went on to allege that monkeys, which inhabited the banks, would roll down stones on the steamers. "The two last f acts," the report added, "would lead to complaint irom the English and embroil the Celestials with them, especially if the men or the keys kill any