A Horse With Eight Feet 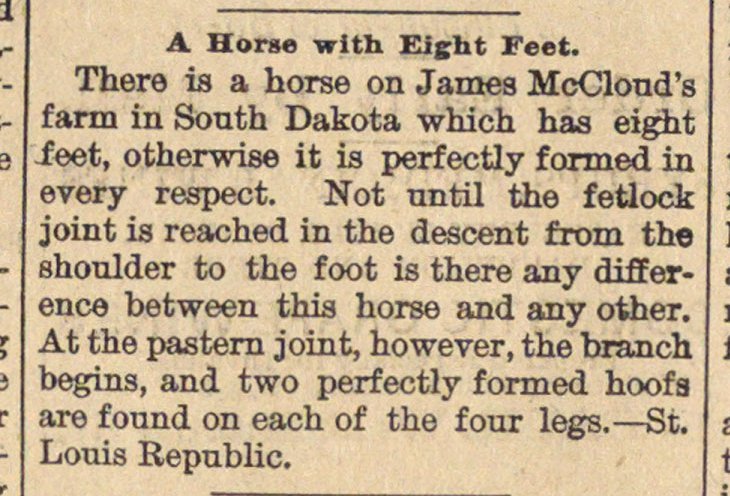 There is a horse on James McCloud's farm in South Dakota which has eight ieet, otherwise it is perfectly formed in every respect. Not until the fetlock joint is reached in the descent from the shoulder to the foot is there any difference between this horee and any other. At the pastera joint, however, the branch begins, and two perfectly fonned hoofs are found on each of the four legs.