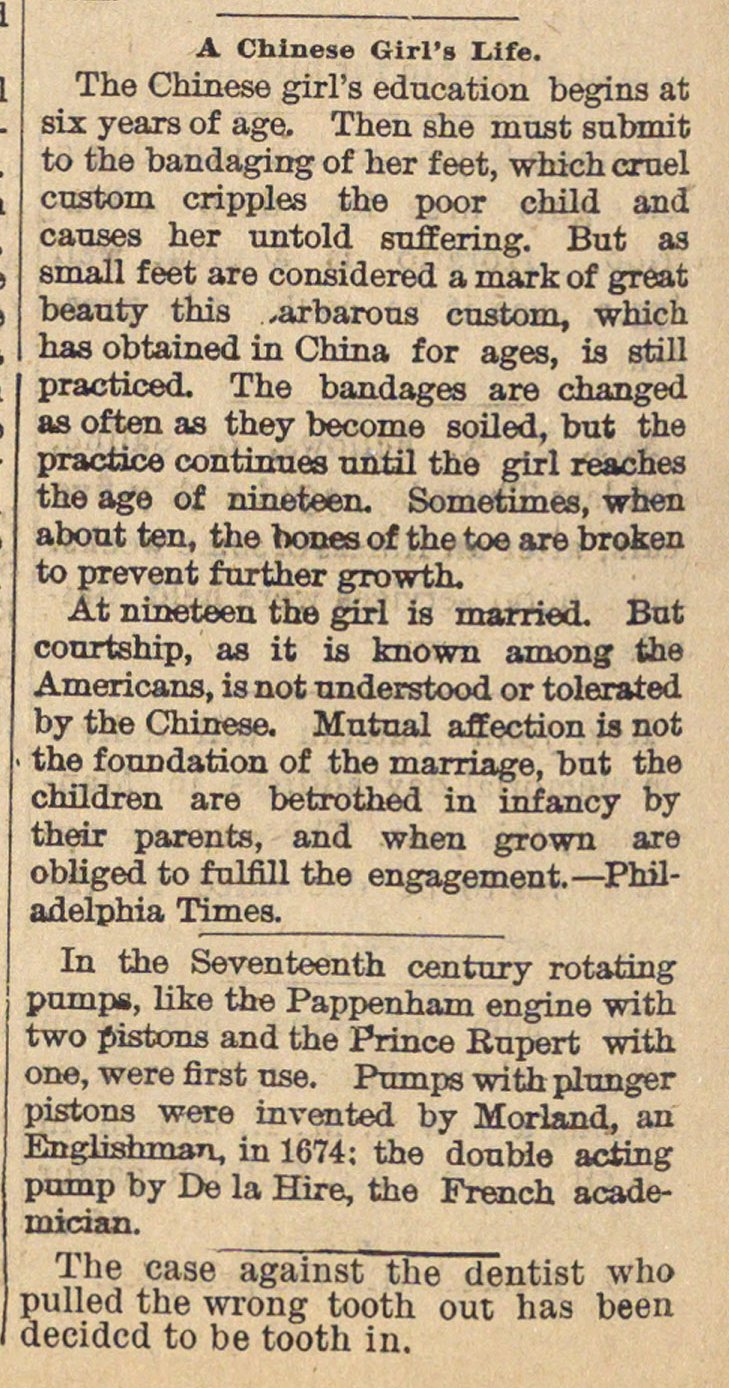 A Chinese Girl's Life. The Chinese girl's eduoation begins at six years of age. Then she must submit to the bandaging of her f eet, which cruel cttstom cripples the poor child and causes her untold suffering. But aa small feet are considered a mark of great beauty tbis ,arbarous custom, which has obtained in China for ages, is still practiced. The bandages are changed as often as they become soiled, but the practice continúes untü the girl reaches the age of nineteen. Sometimes, when about ten, the bones of the toe are broken to prevent further growth. At nineteen the girl is married. But courtship, as it is known among the Americans, is not understood or tolerated by the Chinese. Mutual affection is not the foundation of the marriage, but the children are betrothed in infancy by their parents, and when grown are obliged to fulflll the engagement. - Philadelphia Times. In the Seventeenth century rotating pumps, like the Pappenham engine with two pistons and the Prince Bupert with one, were first nse. Pumps with plunger pistons were invented by Morland, an Engiishman, in 1674: the doublé acting pump by De la Hire, the French academiciao. The case against the Uentist who pulled the wrong tooth out has been decidcd to be tooth in.