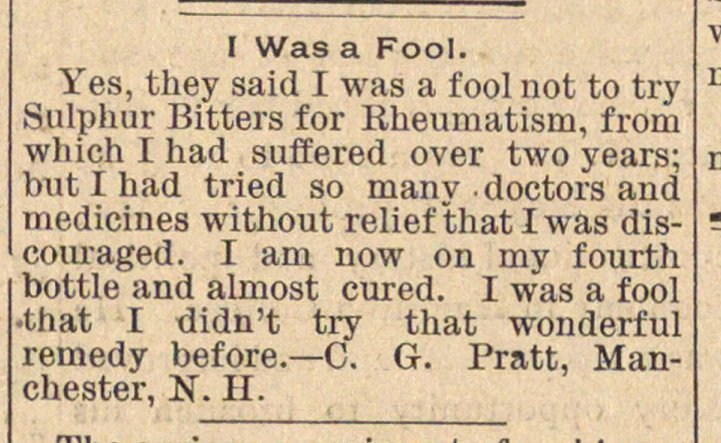 [ Was a Fooi. Yes, they said I was a fooi not to try Sulphur Bitters for Rheumatism, from which I had suffered over two years; but I had tried so many . doctors and medicines without relief that I was discouraged. I am now on my fourth bottle and almost cured. I was a fooi that I didn't try that wonderful remedy before.- C. G. Pratt, Manchester, N. II.