Snubbed A Tool Of The Czar 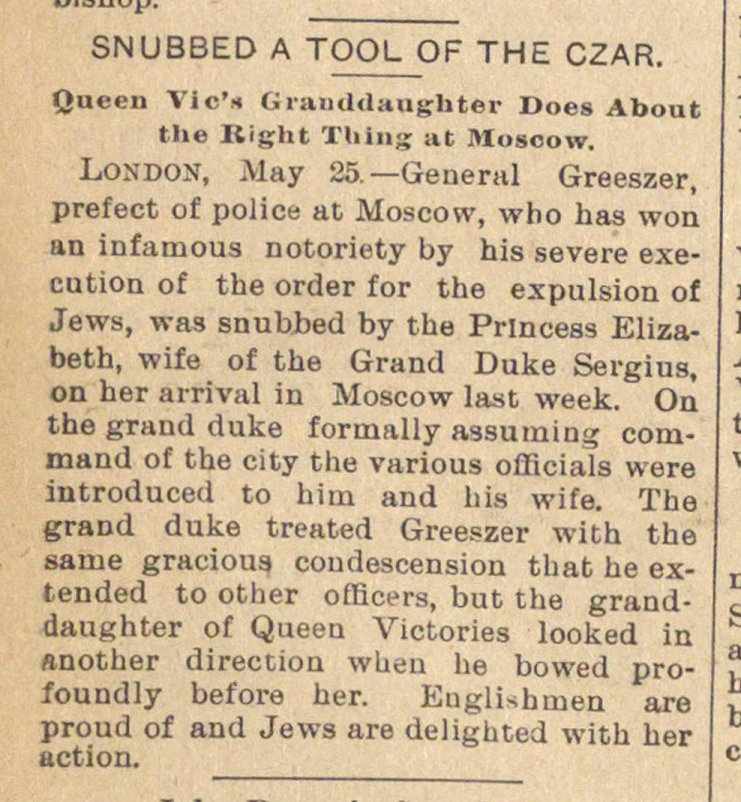 Los don, -May 25- General Greeszer, prefect of pólice aC Moscow, who has won an iufamous notoriety by his severe execution of the order for the expulsión of Jews, was snubbed by the Princess Elizabeth, wife of the Grand Duke Sergius, on her arrival in Moscow last week. On the grand duke fornially assuming command of the city the various officials were introduced to him and lus wife. The grand duke treated Greeszer with the same gracious condescension that he extended to other officers, but the granddaughter of Queeu Victories looked in ftnother direction wben he bowed profoundly before her. Euglishmen are proud of and Jews are delighted with her action.