News From The Itata 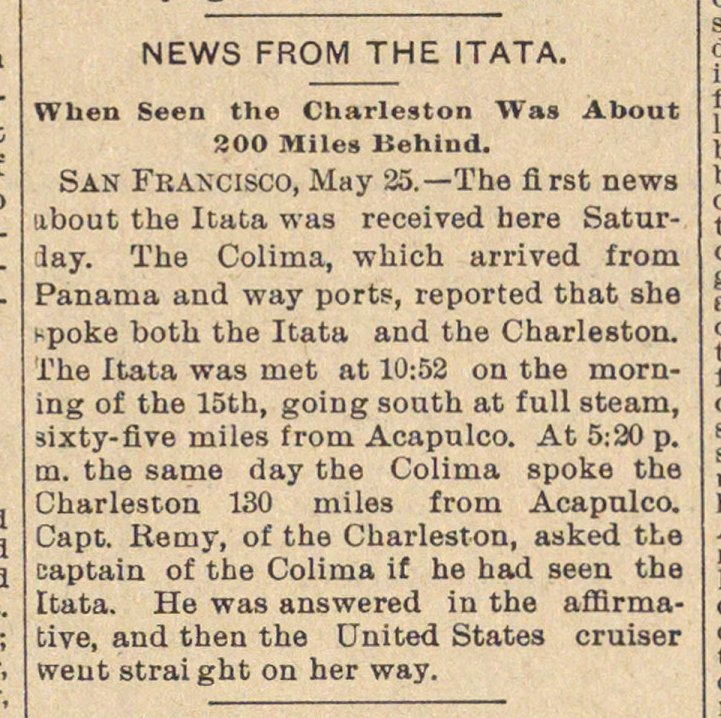 San Francisco, May 35.- The first uews about the Itata was received here Saturiay. ïhe Colima, which arrived from Panama and way port?, reported that she -poke both the Itata and the Charleston. The Itata was met at 10:52 on the morning of the 15th, going south at full steam, sixty-five miles from Acapulco. At 5:30 p. m. the same day the Colima spoke the Charleston 130 miles from Acapnlco. Capt. Remy, of the Charleston, asked the captain of the Colima if he had seen the Itata. He was answered in the affirmative, and then the United States cruiser weut strai ght on her way.