He Lost His Life 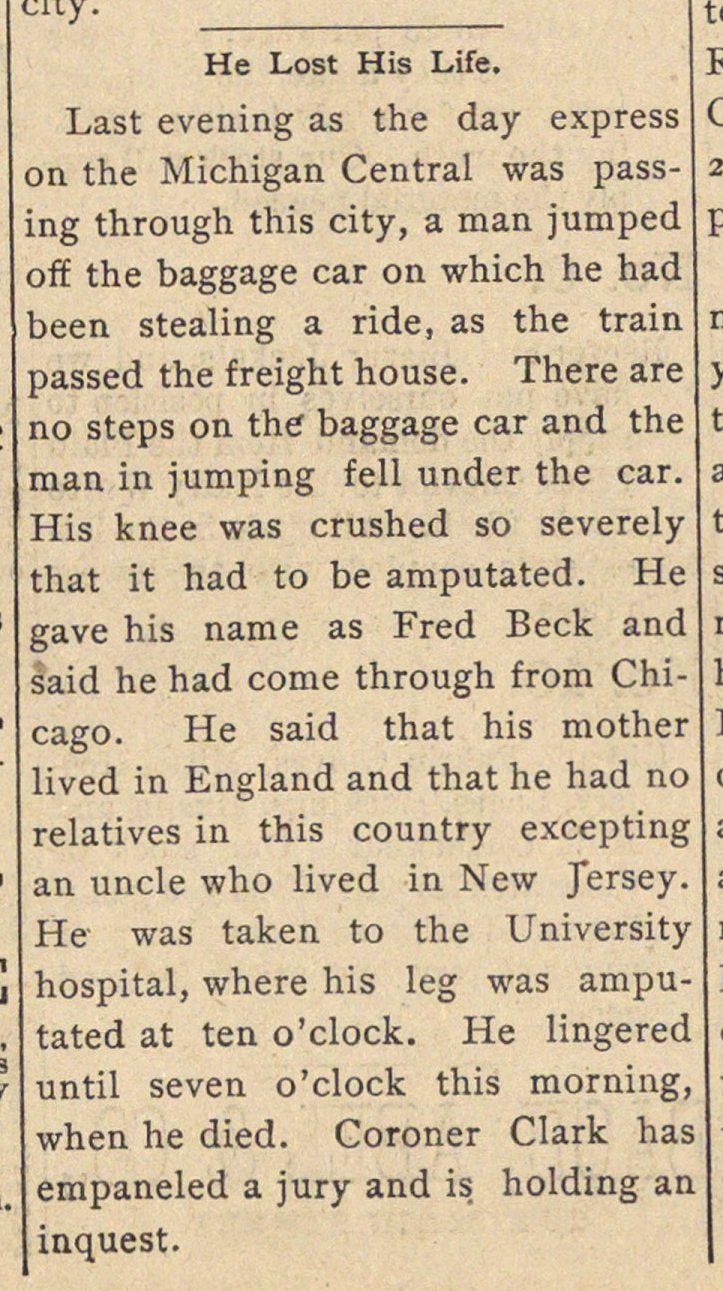 Last evening as the day express on the Michigan Central was passing through this city, a man jumped off the baggage car on which he had been stealing a ride, as the train passed the freight house. There are no steps on the" baggage car and the man in jumping feil under the car. His knee was crushed so severely that it had to be amputated. He gave his name as Fred Beek and said he had come through from Chicago. He said that his mother lived in England and that he had no relatives in this country excepting an unele who lived in New Jersey. He was taken to the University hospital, where his leg was amputated at ten o'clock. He lingered until seven o'clock this morning, when he died. Coroner Clark has empaneled a jury and is holding an inquest.