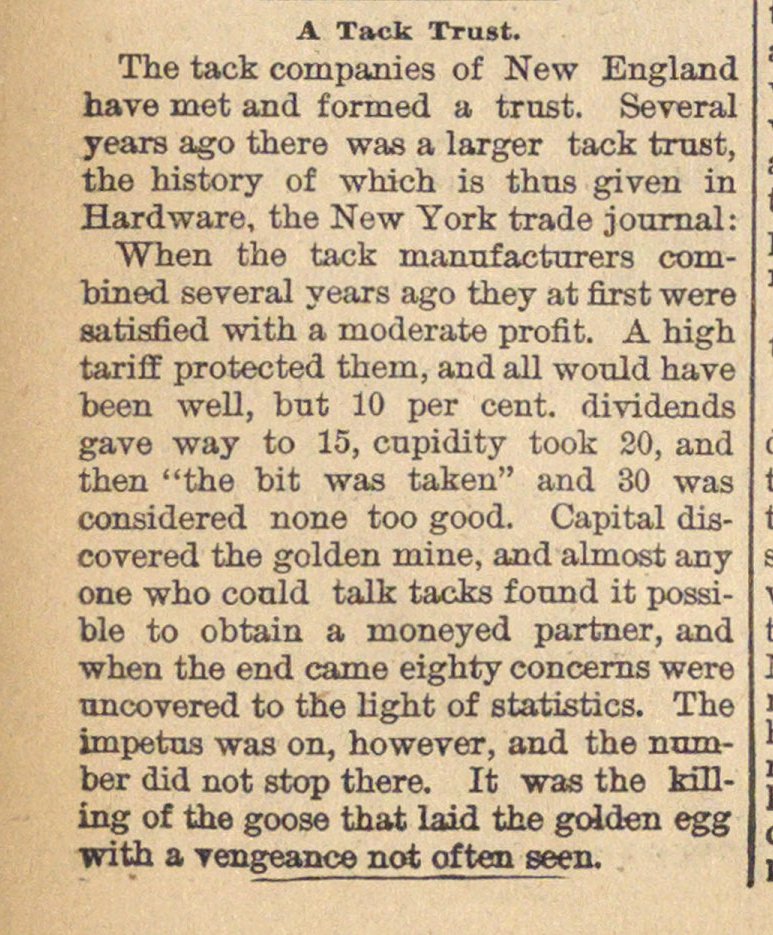 The tack compames of New England have met and formed a trust. Several years ago there was a larger tack trust, the history of which is thus given in Hardware, the New York trade journal: When the tack manufactorers combined several years ago they at first were satiafied with a moderate profit. A high tarifl: protected them, and all would have been well, but 10 per cent. dividends gave way to 15, cupidity took 20, and then "the bit was taken" and 30 was considered none too good. Capital discovered the golden mine, and almost any one who conld talk tacks found it possible to obtain a moneyed partner, and when the end carne eighty concerns were uncovered to the light of statistics. The impetns was on, however, and the mrmber did not stop there. It was the MHing of the goose that laid the golden egg with a Tengeance not of ten seea.