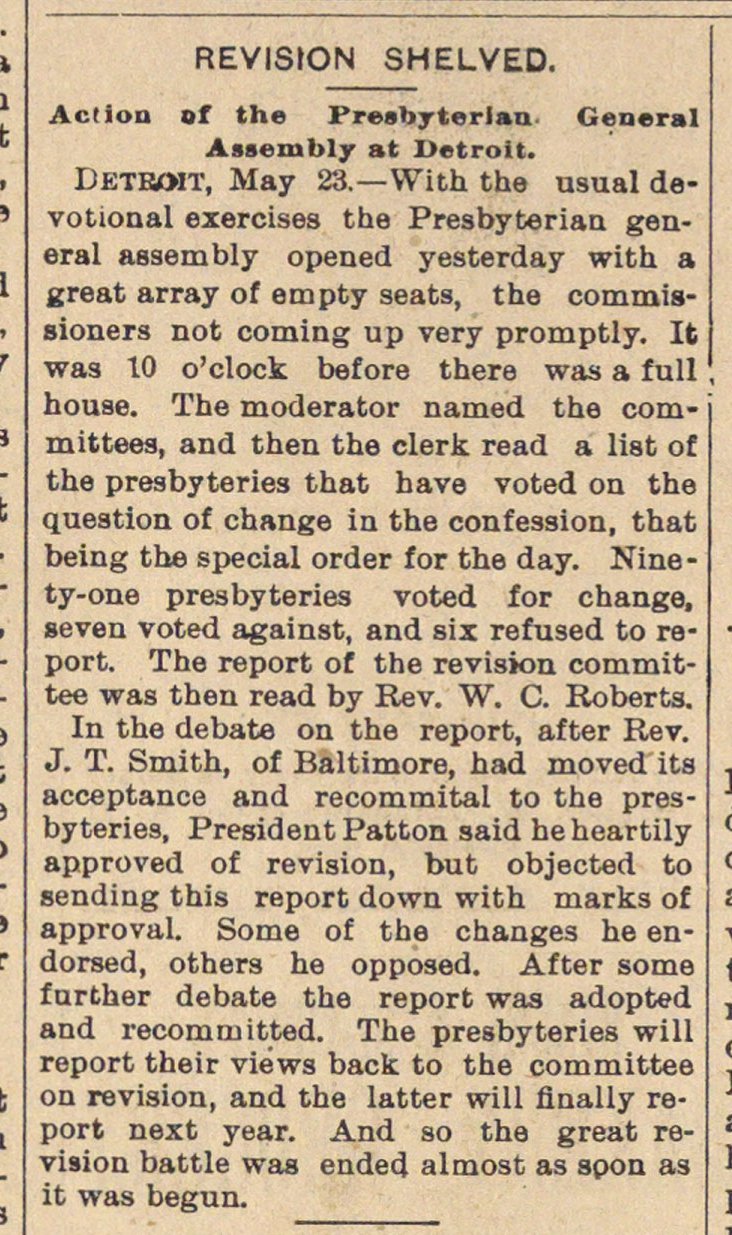 Detroit, May 23.- With the usual devotional exercises the Presbyteriau general assembly opened yesterday with a great array of empty seats, the commissioners not coming up very promptly. It was 10 o'clock before there was a full house. The moderator named the committees, and then the clerk read a list oL the presbyteries that have voted on the questkm of change in the confession, that being the special order for the day. Ninety-one presbyteries voted for change, seven voted against, and six refused to report. The report of the revisión committee was then read by Rev. W. C. Roberts. In the debate on the report, after Rev. J. T. Smith, of Baltimore, had moved its acceptance and recommital to the presbyteries, President Patton said heheartily approved of revisión, but objected to sending this report down with marks of approval. Some of the changes he endorsed, others he opposed. After some fnrther debate the report was adopted and recomoiitted. The presbyteries will report their views back to the committee on revisión, and the latter wiü finally report next year. And so the great revisión battle was ended almost as spon as it was begun.