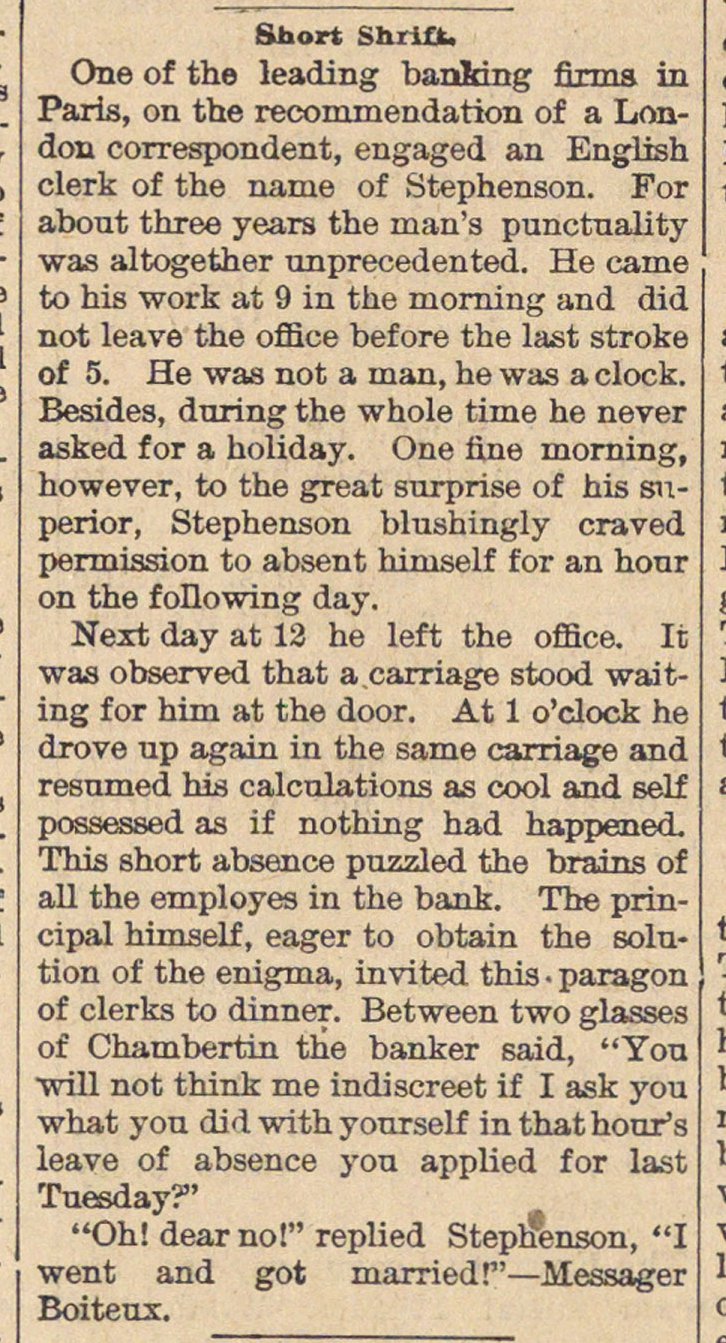 One of the leading banking firma in Paris, on the recommendation of a London correspondent, engaged an English clerk of the name of Stephenson. For about three years the inan's punctnality was altogether unprecedented. He eame to his work at 9 in the morning and did not leave the office before the last stroke of 5. He was not a man, he was aclock. Besides, during the whole time he never asked for a holiday. One fine morning, however, to the great surprise of his superior, Stephenson blushingly craved permission to absent himself for an honr on the f oüowing day. Next day at 12 he left the office. It was observed that a carriage stood waiting for him at the door. At 1 o'clock he drove up again in the same carriage and resumed his calculations as cool and self possessed as if nothing had happened. This short absence puzzled the brains of all the employés in the bank. The principal himself, eager to obtain the solution of the enigma, invited this paragon of clerks to dinneT. Between two glasses of Chambertin the banker said, "You "wül not think me indiscreet if I ask you what you did with yourself inthathour's leave of absence you applied for last Tuesday?' "Oh! dearno!" replied Stephenson, "I went and eot married!'