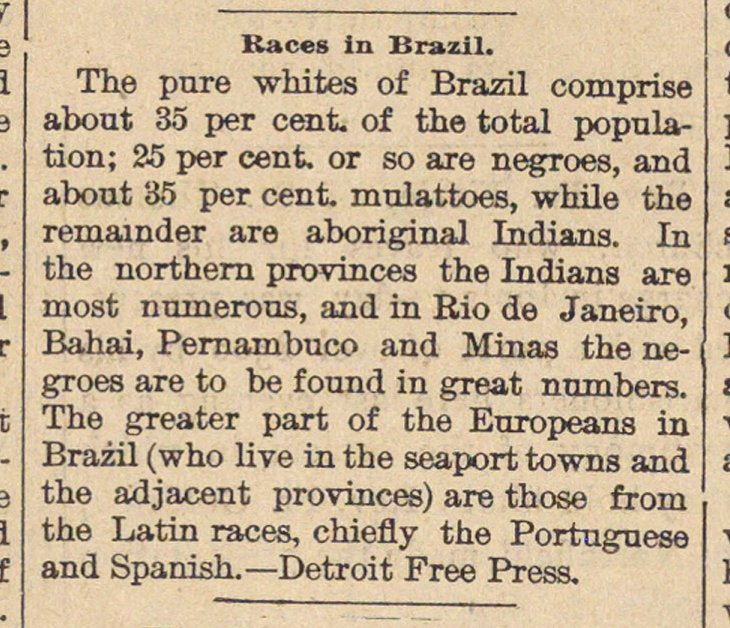 The pure whites of Brazil comprise about 35 per cent. of the total population; 25 per cent. or so are negroes, and about 35 per cent. mulattoes, while the remainder are aboriginal Indians. In the northern provinces the Indians are most nmnerous, and in Rio de Janeiro, Bahai, Pernambuco and Minas the negroes are to be found in great nnmbers. The greater part of the Europeana in Brazil (who live in the seaport towns and the adjacent provinces) are those from the Latin races, chiefly the Portngiiese and