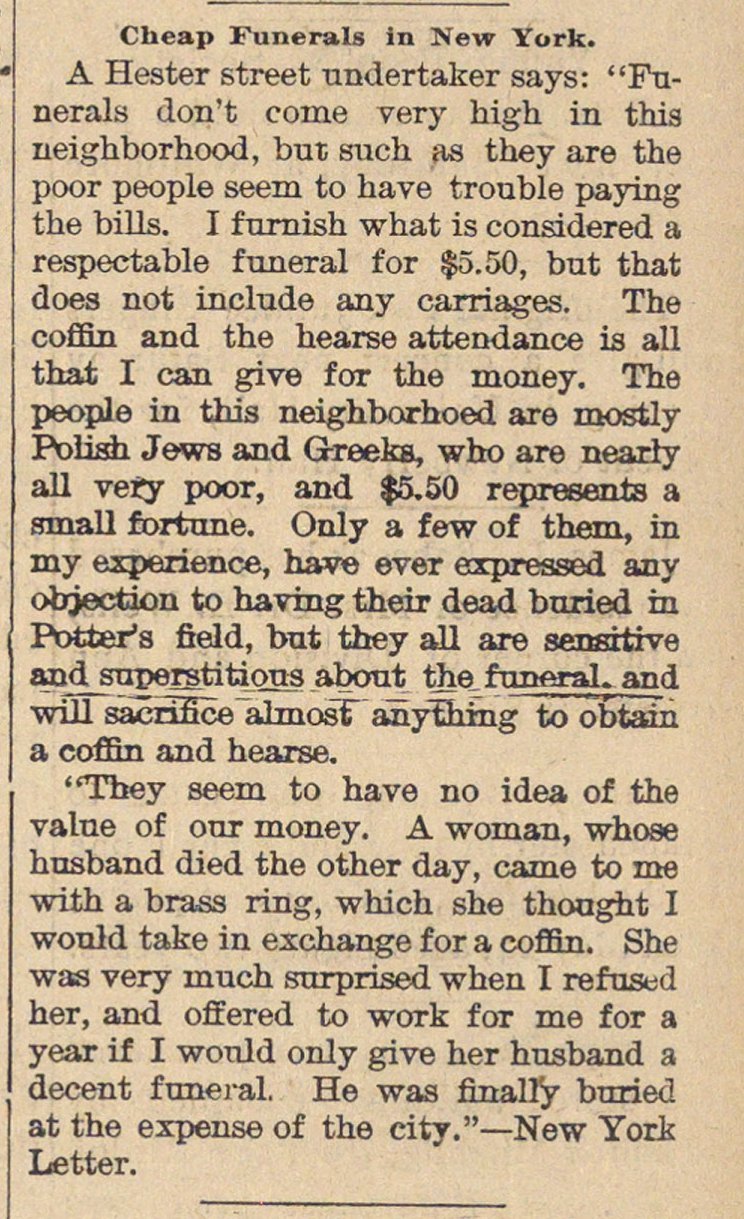 A Hester street undertaker says: "Funerals don't come very high in this neighborhood, but such as they are the poor people seem to have trouble paying the bilis. I f nrnish what is considered a respectable funeral for $5.50, but that does not include any carriages. The cofBn and the hearse attendance is all that I can give for the money. The people in this neighborhoed are mostly Bolish Jews and G-reeka, who are nearry all vety poor, and $5.50 representa a small fortune. Only a few of them, in my experience, have ever expressed any objection to having their dead buried in Potter's field, but they all are sensctive and snpergtitioga abont thefuneraLand will sacnBcealmosT añyíhing to obtaiii a cofñn and hearse. "They seem to have no idea of the value of out money. A woman, whose husband died the other day, carne to me with a brass ring, which she thought I would take in eschange for a coffin. She was very inuch surprised when I refused her, and offered to work for me for a year if I would only give her hnsband a decent funeral. He was finalfy buried at the expense of the