Wales In The Witness Box 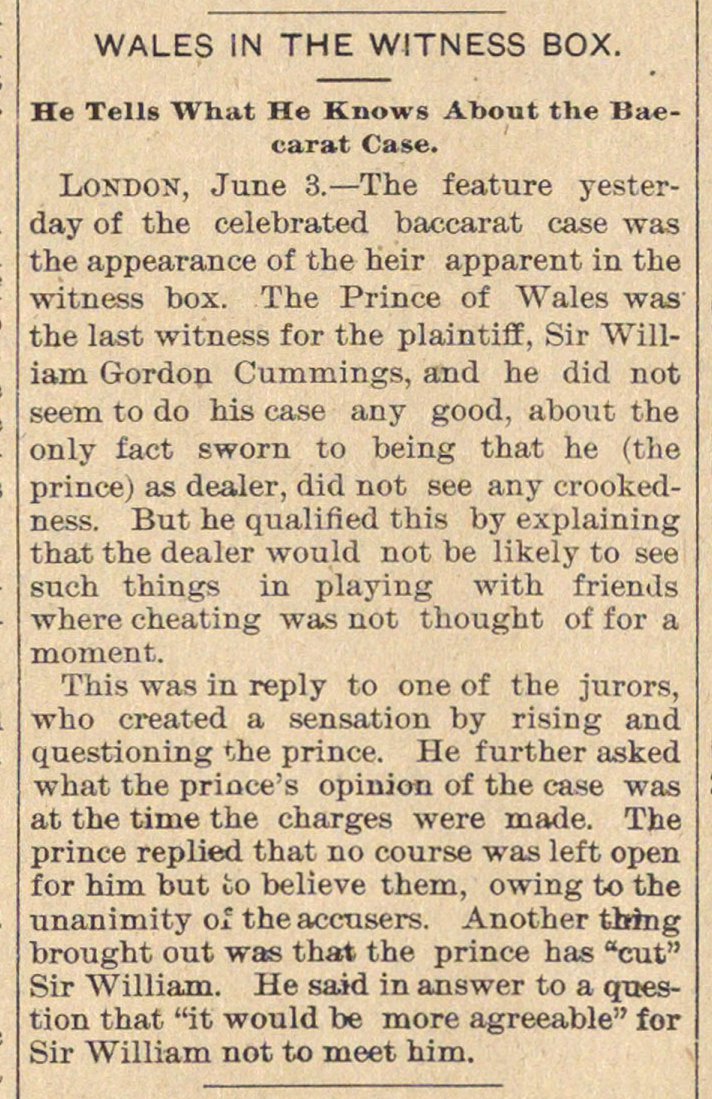 London, June 3. - The feature yesterday of the celebrated baccarat case was the appearance of the heir apparent in the witness box. The Prince of Wales was the last witness for the plaintiff, Sir William Gordon Cummings, and he did not seem to do tas case any good, about the only fact sworn to being that he (the prince) as dealer, did not see any crookedness. But he qualified this by explaining that the dealer would not be likely to see such things in playing with friends where cheating was not thought of for a moment. This was in reply to one of the jurors, who created a sensation by rising and questioning the prince. He further asked what the prioce's opinión of the case was at the time the charges were made. The prince replied that no course was left open for tam but to believe them, owing to the unanimity of the accnsers. Another tbing brought out was that the prince has "cut" Sir William. He said in answer to a question that "it would be more agreeable" for Sir William not to meet tam.