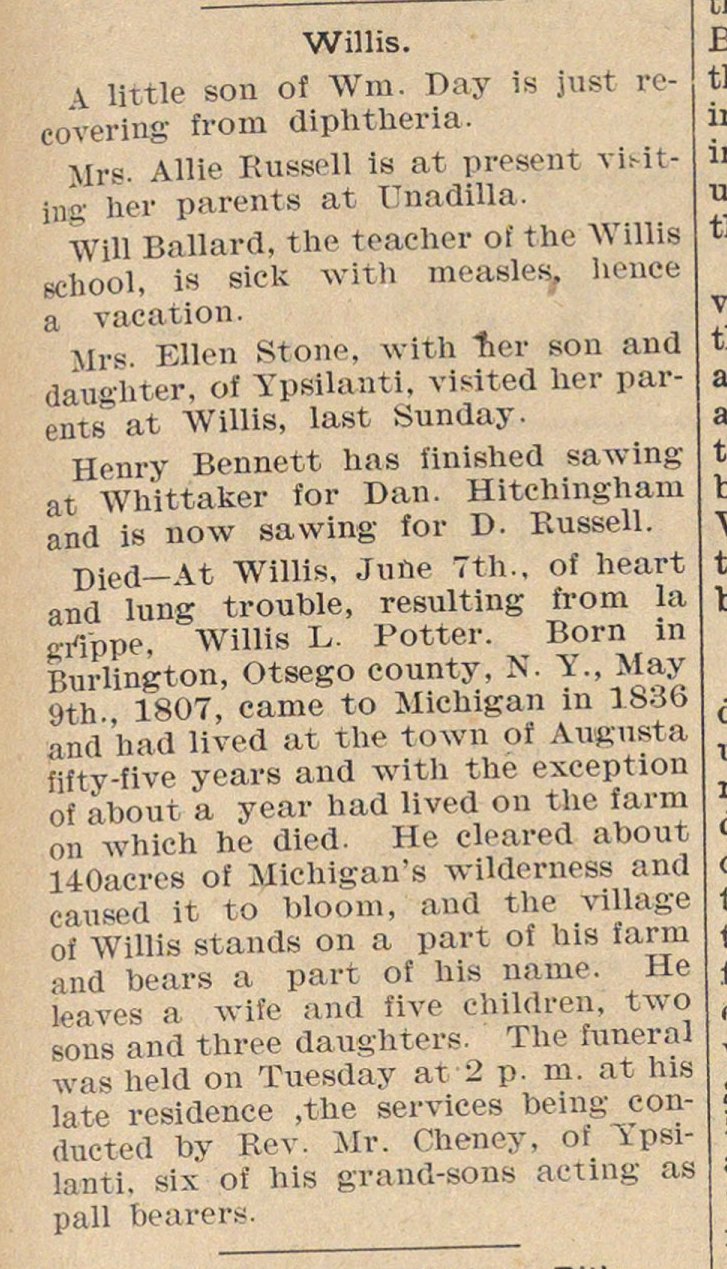 V little son or vni. uay is jusi ir covering from diphtheria. MrH. Allie Russell is at present vifitjjg her parents at ITnadilla. Vill Ballard, the teacher of the Willis school, is sick with measles, henee a vacation. jlrs Ellen Stone, with "her son and daughter, oí Ypsilanti, visited her parend at Willis, last Sunday. Henry Bennett has finished sawing at Wh'ittaker for Dan. Hitehingham and is now sawing for D. Russell. Died- At Willis, June 7th., of heart and lung trouble, resulting from la grippe Willis L. Potter. Born in Burlington, Otsego county, N. Y., May 9th 1807, carne to Michigan in 1886 ana had lived at the town of Augusta fiftv-five years and with the exception of about a year had lived on the farm on which he died. He cleared about UOacres of Michigan's wilderness and caused it to blooni, and the village of Willis stands on a part of hls farm and bears a part of bis name. He leaves a wife and five ehildren, two sons and three daughteri?. The funeral was held on Tuesday at 2 p. m. at his late residence ,the services being conducted by Rev. Mr. Cheney, of Ypsilanti. six of his grand-sons aeting as pall bearers.