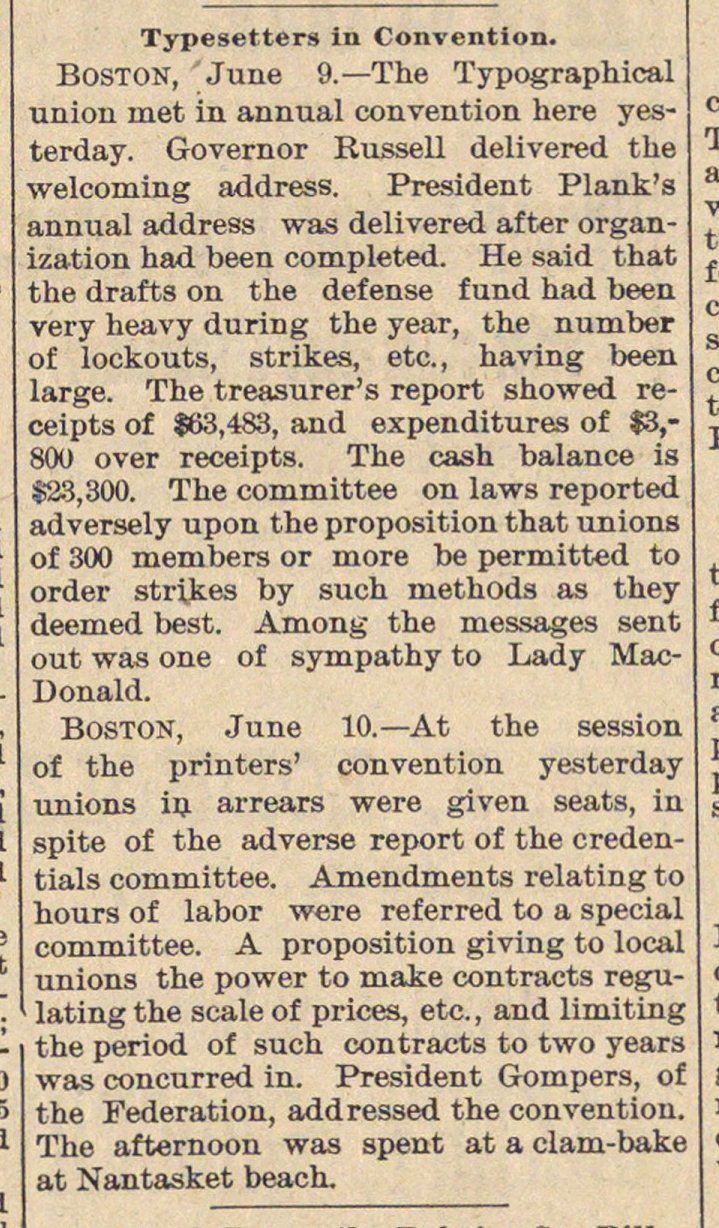 Boston, 'June 9.- The Typographical unión niet in annual convention here yesterday. Governor Russell delivered the welcoming address. President Plank's annual address was delivered after organization had been completed. He said that the drafts on the defense fund had been very heavy during the year, the number of lockouts, strikes, etc, having been large. The treasurer's report showed receipts of $63,483, and expenditures of $3,800 over receipts. The cash balance is $23,300. The committee on laws reported adversely upon the proposición that unions of 300 members or more be permitted to order strikes by such methods as they deemed best. Among the messages sent out was one of sympathy to Lady MacDonald. Boston, June 10. - At the session of the printers' convention yesterday unions in arrears were given seats, in spite of the adverse report of the credentials committee. Amendments relating to hours of labor were referred to a special committee. A proposition giving to local unions the power to make contracts regulating the scale of prices, etc. , and limiting the period of such contracts to two years was concurred in. President Goinpers, of the Federation, addressed the conventiou. The afternoon was spent at a clam-bake at Nantasket beach.