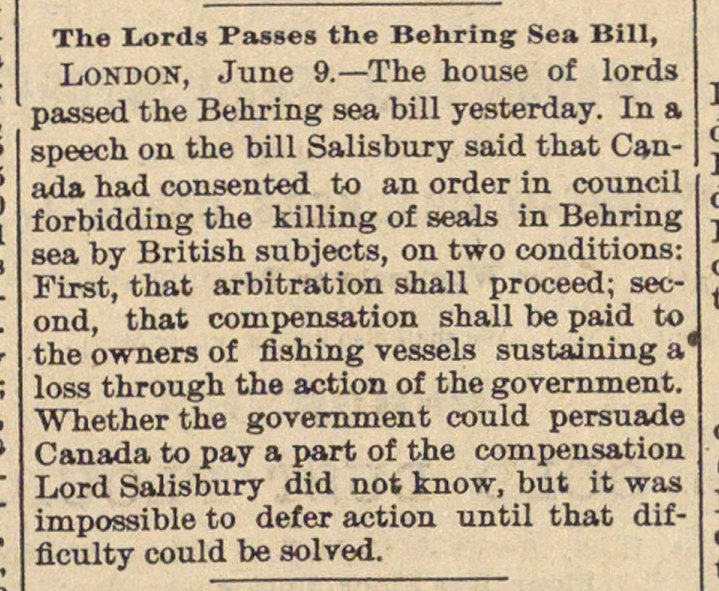 London, June 9. - The house of lords passed the Behring sea bilí yesterday. In a speech on the bilí Salisbury said that Canada had consented to an order in councü f orbidding the killing of seals in Behring sea by British subjects, on two conditions: First, that arbitration shall proceed; second, that compensation shall be paid to the owners of flshing vessels sustaining a' loss through the action of the government. Whether the government could persuade Canada to pay a part of the compensation Lord Salisbury dld not know, but it was impossible to defer action until that difficulty could be solved.