What Would These Men Have? 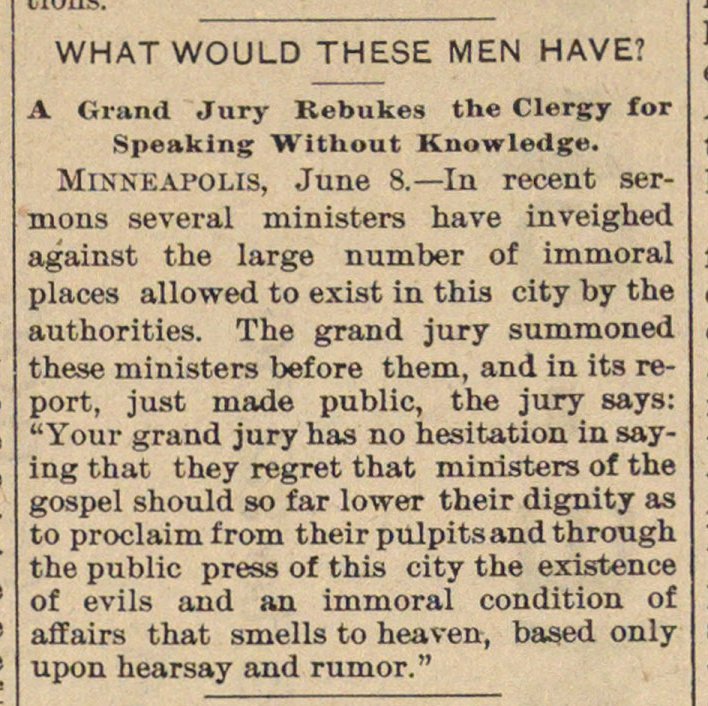 MINNEAPOLIS, June B. - In recent sermons several ministers have inveighed against the large number of inimoral places allowed to exist in this city by the authorities. The grand jury summoned these ministers before them, and in its report, just made public, the jury says: "Your grand jury has no hesitation in saying that they regret that ministers of the gospel should so far lower their dignity as to proclaim f rom their pulpits and through the public press of this city the existence of evils and an immoral condition of affairs that smells to heaven, based only upon hearsay and rumor."