To Consolidate The Churches 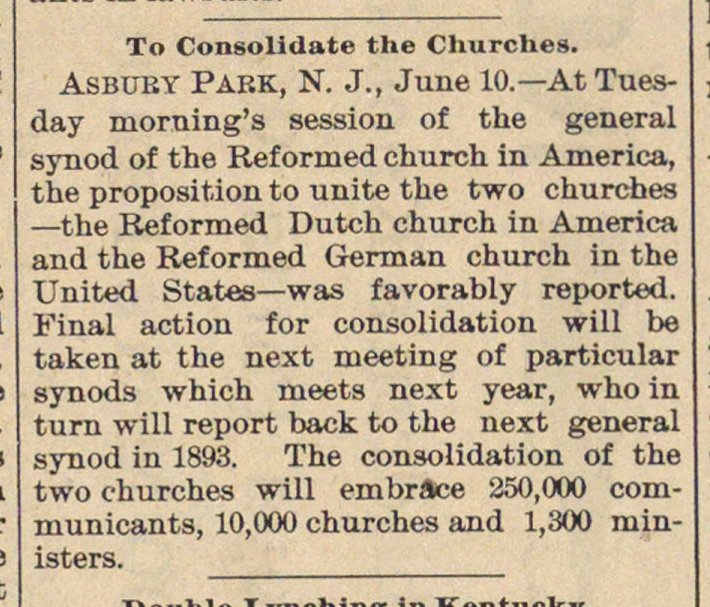 Asbüey PARK, N. J., June 10.- At Tuesday morning's session of the general synod of the Reforined church in America, the proposition to unite the two churches - the Reformed Dutch church in America and the Reformed Germán church in the United States- was favorably reported. Final action for consolidation will be taken at the next meeting of particular synods which meets next year, who in turn will report back to the next general synod in 1893. The consolidation of the two churches will embrace 250,000 communicants, 10,000 churches and 1,300 ministers.