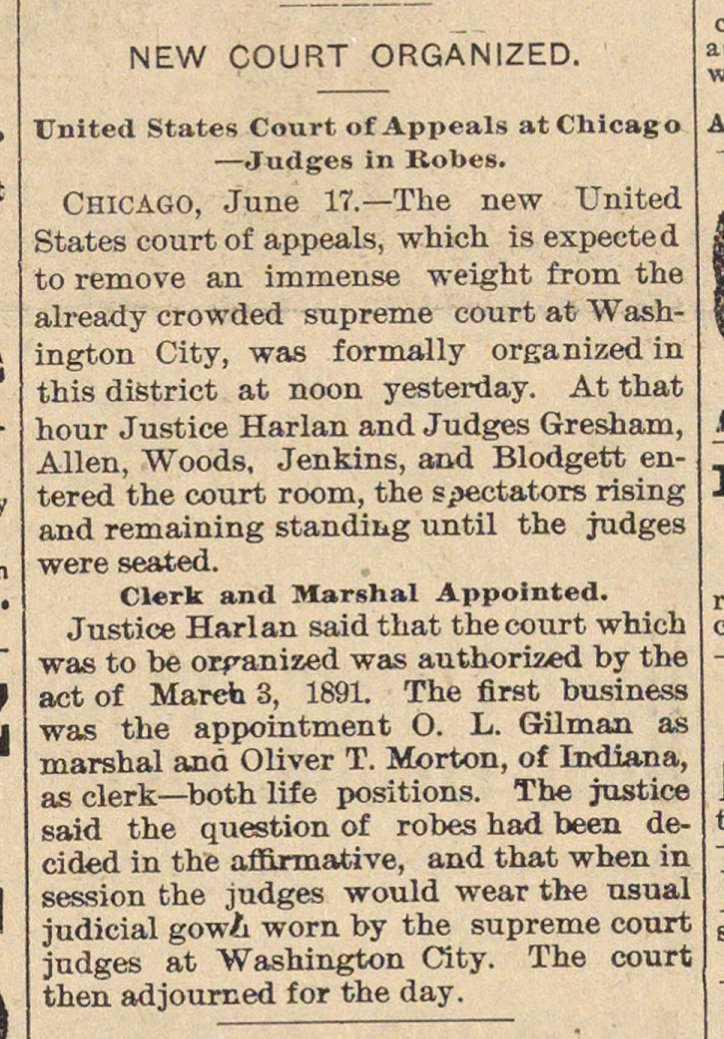 Chicago, June 17. - xne new umtea States courtof appeals, which is expected to remove an immense weight from the already crowded supreme court at Washington City, was formally organized in this district at noon yesterday. At that hour Justice Harían and Judges Gresham, Allen, Woods, Jenkins, and Blodgett entered the court room, the spectators rising and remaining standmg until the judges were seated. Clrk and Marshal Appointed. Justice Harían saidthat thecourt which was to be oranized was authorized by the act of Mareh 3, 1891. The first business was the appointment O. L. Gilman as marshal ana Oliver T. Morton, of Indiana, as clerk - both life positions. The justice said the question of robes had been decided in the affinnafcive, and that when in session the judges would wear the usual judicial gowA worn by the supreme court judges at Washington City. The court then adjourned for the day.