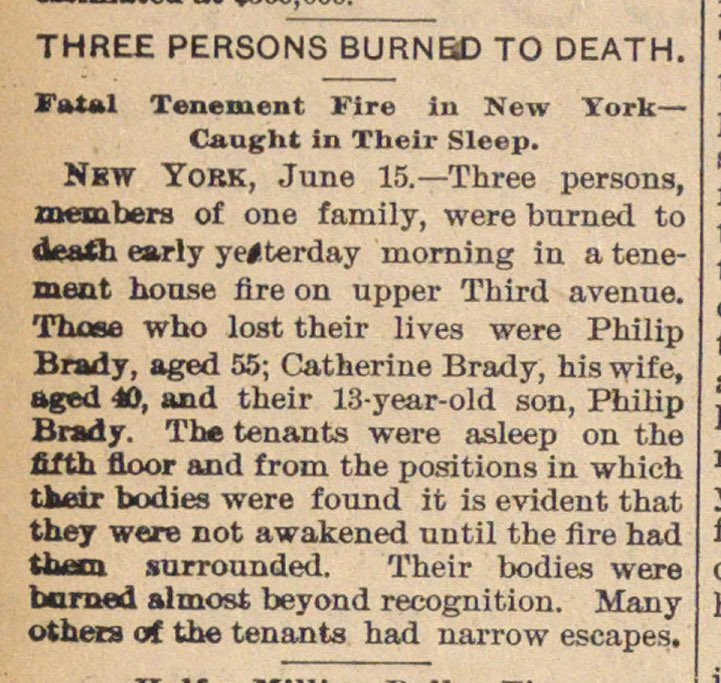 Nrw York, June 15.- Three persons, members of one family, were burned to deaih early yeiterday inorning in a tenement house flre on upper Third avenue. Those who lost their lives were Philip Brady, aged 55; Catherine Brady, his wife, aged 40, and their 13-year-old son, Philip Brady. The tenants were asleep on the fiith floor and irom the positions in which tkeir bodies were found it is evident that they were not awakened until the fire had tbeca sarrounded. Their bodies were borned almost beyond recognition. Alany otheta o the tenants had narrow escapes.