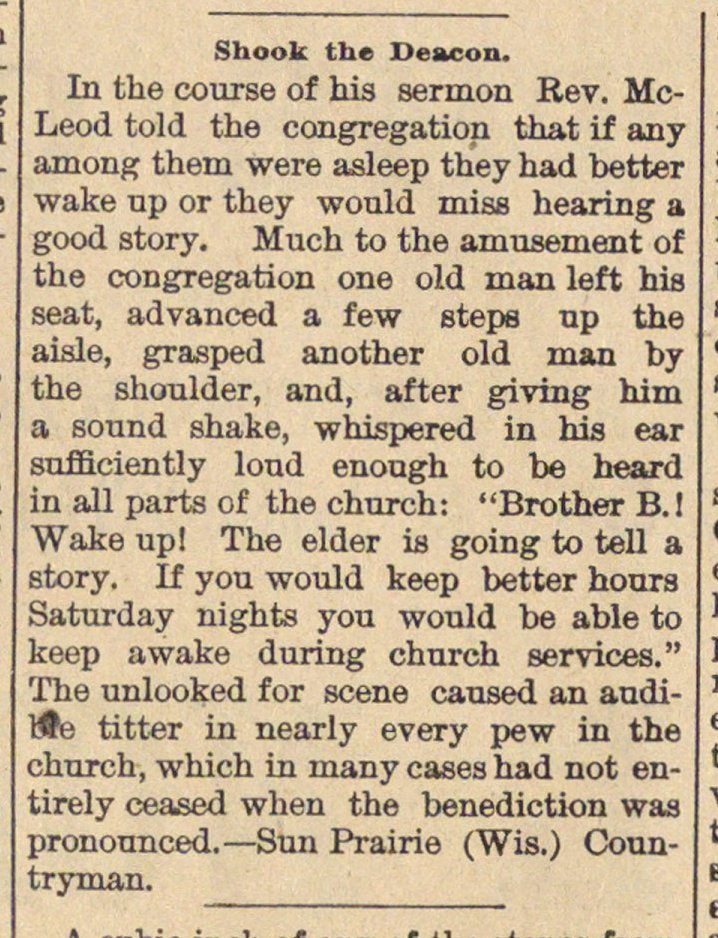 In the course of bis sermón Rev. McLeod told the congregation that if any among them were asleep they had better wake up or they would miss hearing a good story. Much to the amusement of the congregation one old man left his seat, advanced a few steps np the aisle, grasped another old man by the shoulder, and, after giving him a sound shake, whispered in his ear sufflciently loud enough to be heard in all parts of the chnrch: "Brother B. I Wake up! The eider is going to teil a story. If yon would keep better hours Saturday nights you would be able to keep awake during church services." The unlooked for scène caused an audiyfte titter in nearly every pew in the church, which in many cases had not entirely ceased when the benediction was