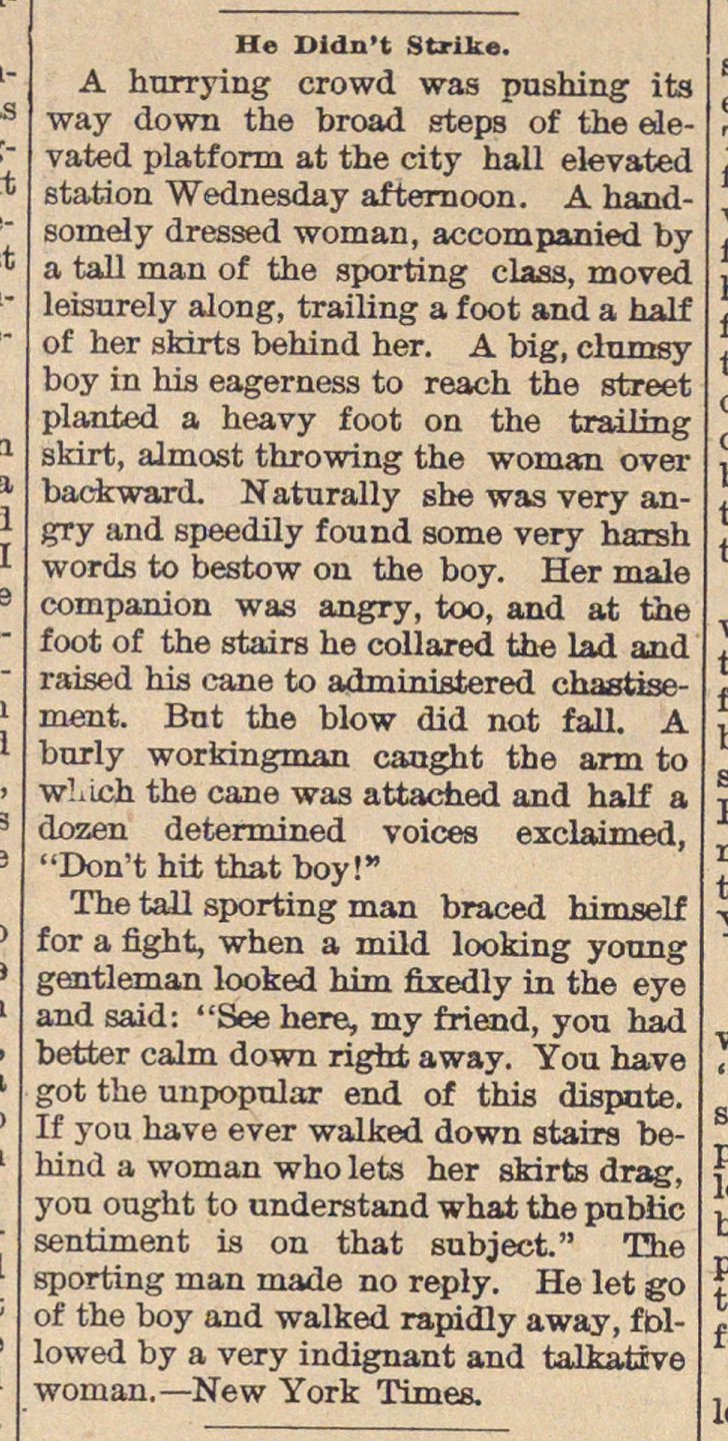 A hurrying crowd was pushing its way down the broad steps of the edevated platform at the city hall elevated station Wednesday afternoon. A handsomely dressed woman, accompanied by a tall man of the sporting class, moved leisurely along, trailing a foot and a half of her skirts behind her. A big, cltunsy boy in his eagerness to reach the street planted a heavy foot on the traüing skirt, almost throwing the woman over backward. Naturally she was very angry and Bpeedily found some very harsh words to bestow on the boy. Her male companion was angry, too, and at the foot of the stairs he collared the lad and raised his cane to adminifltered chastisement. Bnt the blow did not fall. A burly workingman canght the arm to wLich the cañe was attacfaed and half a dozen detennined voices exclaimed, "Don't hit that boy!" The tall sporting man braced himself f or a fight, when a mild looking young gentleman looked him fixedly in the eye and said: "See here, my friend, you had better calm down right away. You have got the impopular end of this dispute. If you have ever walked down staira behind a woman who Iets her skirts drag, you ought to understand what the public sentiment is on that subject." The sporting man made no reply. He let go of the boy and walked rapidly away, fbllowed by a very indignant and talkatrve