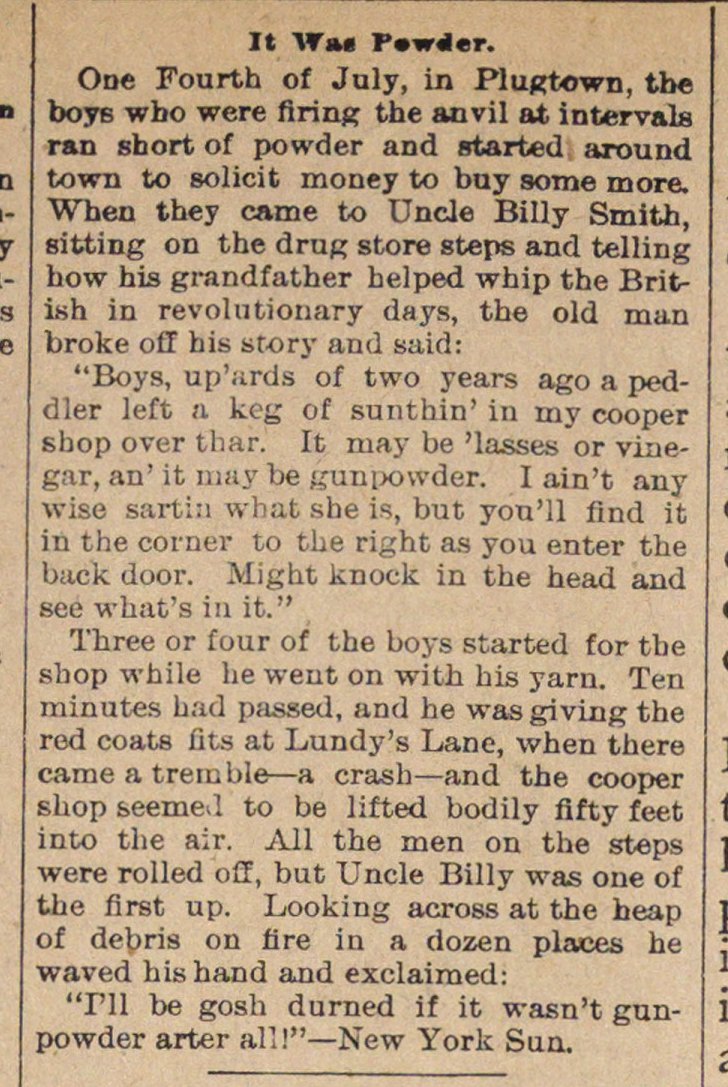 Ooe Fourth of Jnly, in PluRtown, tbe boyB wbo were firing the anvil at intervals ran short of powder and started around town to solicit money to bny sotne more. When they came to Uncle Billy Smith, sitting on the drug store steps and telling how his grandfather helped whip the British in revointioiiary days, the old man broke off his story and suid: "Boys, up';irds of two years ago a peddler Jeft a keg of sunthin' in iny cooper shop over tliar. It may be 'lasses or vinegar, an' it may be gunpowder. I ain't any wise sartiu what she is, but yon'll flnd it in the corner to the right as you enter the back door. Might knock in the head and see what's in it." Three or four of the boys started for the shop while lie went on with his yarn. Ten minutes had passed, and he was gi ving the red coats fits at Lundy's Lane, when there came a treiuble - a crash - and the cooper shop seemeJ to be lifted bodily fifty feet into the air. All the men on the steps were rolled off, but Uncle Billy was one of the first up. Looking across at the heap of debris on lire in a dozen places he waved his hand and exclaimed: 'Til be gosli durned if it wasn't powder arter