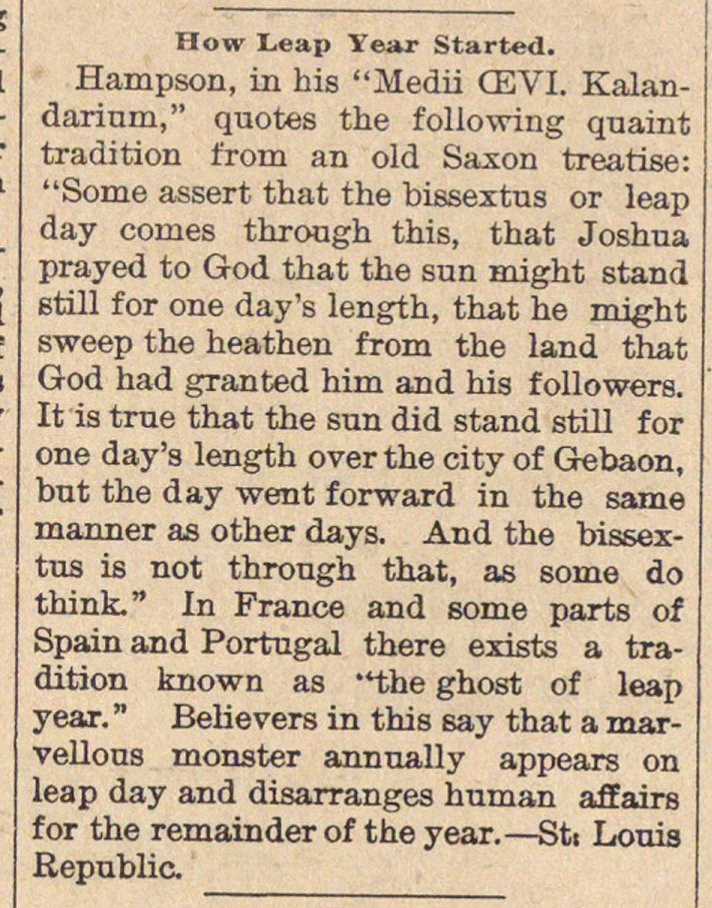 Hampson, in his "Medii CEVI. Kalandarinm," quotes the following quaint tradition trom an old Saxon treatise: "Some assert that the bissextus or leap day comes through this, that Joshua prayed to God that the sun might stand 8tül for one day's length, that he might sweep the heathen from the land that God had granted him and his followers. It is true that the sun did stand still for one day's length over the city of Gebaon, but the day went forward in the same marmer as other days. And the bissextns is not throngh that, as some do think." ín France and some parts of Spain and Portugal there exists a tradition known as "the ghost of leap year." Believers in this say that a marveUous monster annually appears on leap day and disarranges human affairs