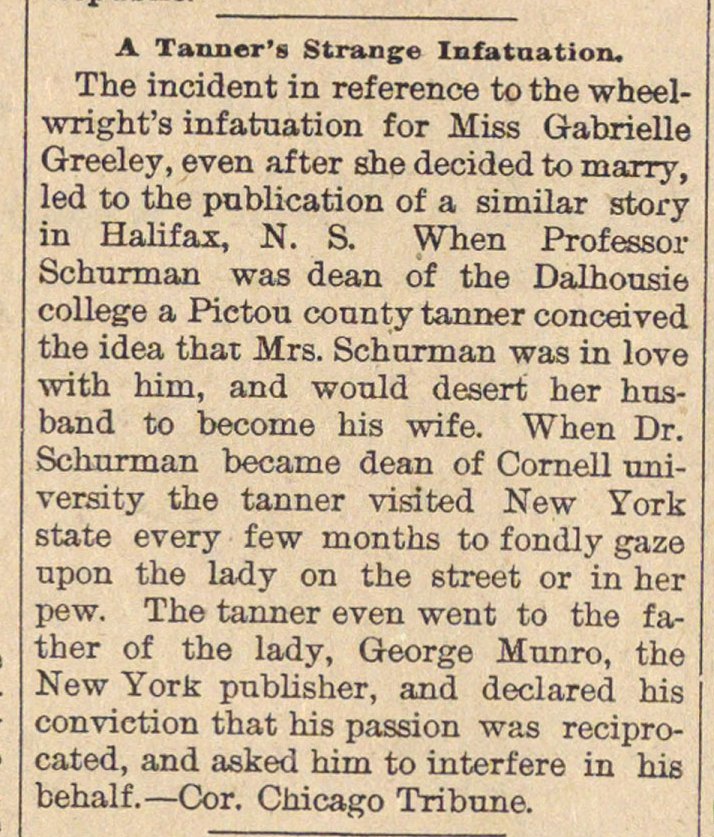 The incident in reference to the wheelwright's infatuation for Miss Gabrielle Greeley, even af ter ahe decided to marry, led to the publication of a similar story in Halifax, N. S. When Professor Schurman was dean of the Dalhonsie college a Pictou connty tanner conceived the idea that Mrs. Schurman was in love with him, and wonld desert her husband to become his wife. When Dr. Schorman became dean of Cornell university the tanner visited New York state every few months to fondly gaze upon the lady on the street or in her pew. The tanner even went to the father of the lady, George Mnnro, the New York pnblisher, and declared his conviction that his passion was reciprocated, and asked him to interfere in his