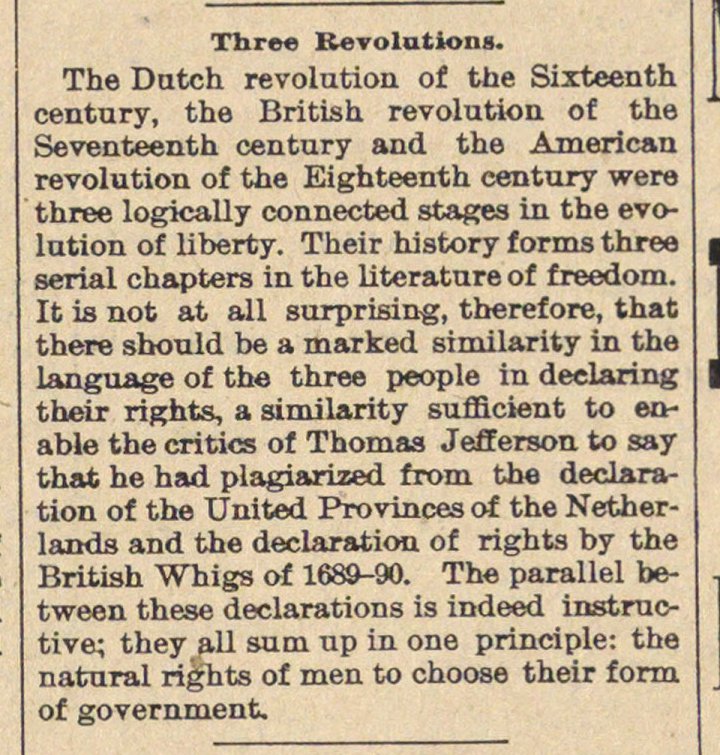 The Datch revolution of the Sixteenth century, the British revolution of the Seventeenth century and the American revolution of the Eighteenth eentury were three logically connected stages in the evolution of liberty. Their history forms three serial chapters in the literature of freedom. It is not at all surprising, threfore, that there should be a marked similarity in the language of the three people in deelaring their riRhts, a similarity sufficient to enable the critics of Thomas Jefferson to say that he had plagiarized from the declaration of the United Provinces of the Netherlands and the declaration of rights by the British Whigs of 1689-90. The parallel between these declarations is indeed instructive; they all sum up in one principie: the natural rights of men to choose their form of government.