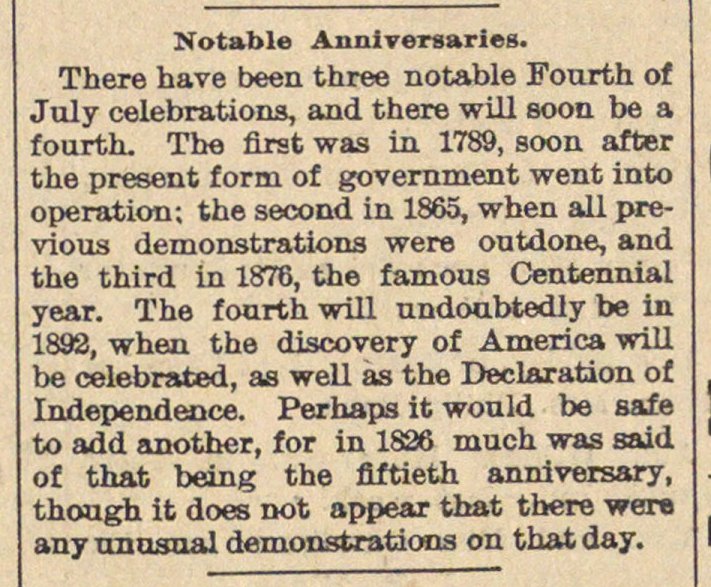 There have been three notable Fourth ol July celebrations, and there will soon be a fourth. The firat was in 1789, soon. after the present form of government went into operation; the second in 1865, when all previous demonstrations were ootdone, anc the third in 1876, the famous Centennia; year. The fourth will undoabtedly be in 1892, when the discovery of America wil be celebrated, as well as the Declaraüon of Independeoce. Perhaps it would be safe to add another, for in 1826 much was sait of that being the fiftieth anniversary though it does not appear that tbere wen any unusaal demonstrations on that day.