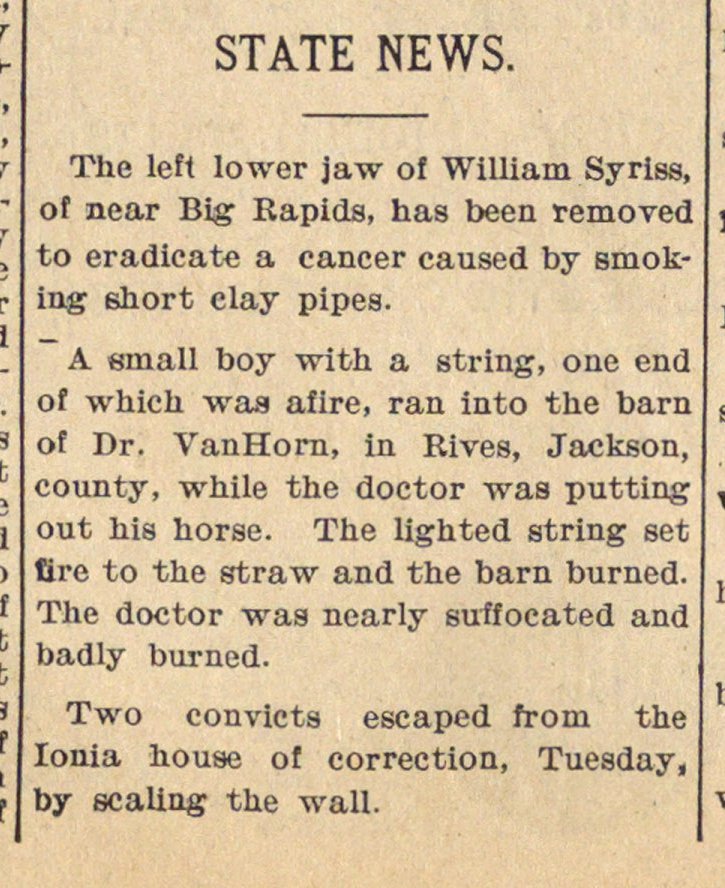 The left lower jaw of William Syriss, of near Big Itapids, has been removed to eradieate a cáncer caused by smoking short clay pipes. A email boy with a string, one end of which was afire, ran into the barn of Dr. VanHorn, in Rives, Jackson, county, whüe the doctor was putting out his horse. The lighted string set lire to the straw and the barn burned. The doctor Tras nearly suftocated and badly burned. Two convicta escaped from the Ionia house of correction, Tuesday, by scaling the wall.