Paid Out Of The Poor Fund 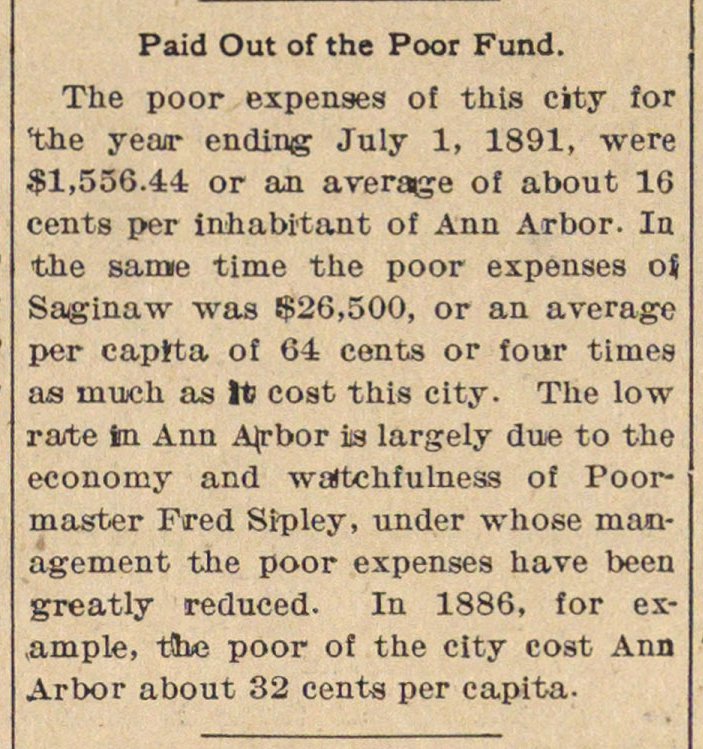 The poor expenses of tliis city for the yeair ending July 1, 1891, were $1,556.44: or an average of about 16 cents per Inhabitant of Ann Arbor. Ia the same time the poor expenses oí Saginaw was $26,500, or an average per caplrta of 64 cents or four times as much as It cost this city. The low rate In Ann AJrbor ia largely due to the economy and waltchfulness of Poormaster Fred Srpley, under whose management the poor expenses have been greatly reduced. In 1886, for example, t!be poor of the city cost Ann Arbor about 32 cents per capita.