The Council Will Be Petitioned 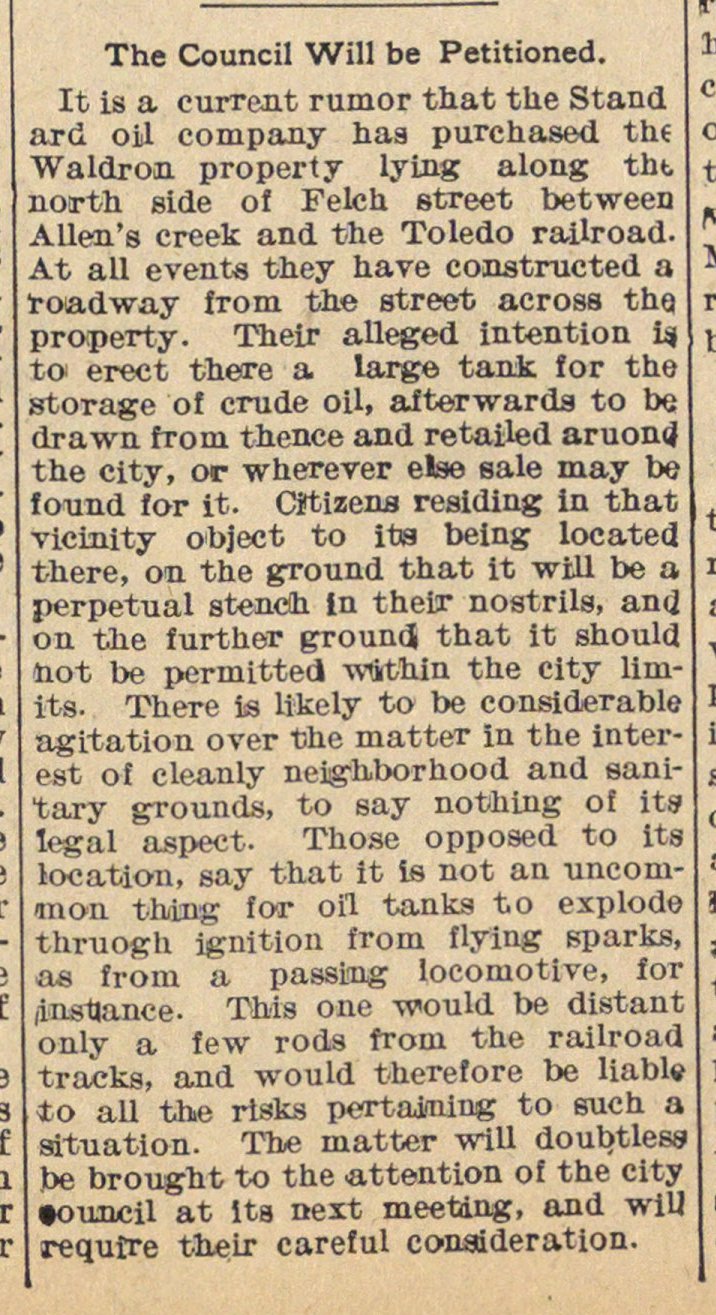 It is a current rumor that tlie Stand arci oil company haa purchased the Waldron property lylng along tht north eide of Felca street between Allen's creek and the Toledo railroad. At all eventa they have constructed a ro&dway irom the street across tho property. Thelr alleged iutention U to erect there a large taak. lor the storage of crude oil, afterwarda to ba drawn trom thence and retailed aruonci the city, or wherever ebe sale may be found for it. Citizens residing in that vicinity object to its being located there, om the ground that it will be a perpetual stenclh In their nostrils, and on the further grouni that it should not be permitted iMitain the city liniits. There te likely to be considerable agitation over the matter ia the interest of cleanly neigh-borhood and sanitary grounds, to say nothing of its legal aspect. Those opposed to lts location, say that it ís not an uncommon thiug for oil tanks to explode thruogh ignition from flying sparks, as from a passing locomotive, for jinstiance. This oue TOOuld be distant only a few rods froni the railroad tracks, and would therefore be liabl to all the risks pertaining to such a situation. The matter wlU doubtless be brought to the attention of the city touncil at lts next meeting, and wiU require tJieir careful conaSderation.