A Story On Ex-county Clerk Robison 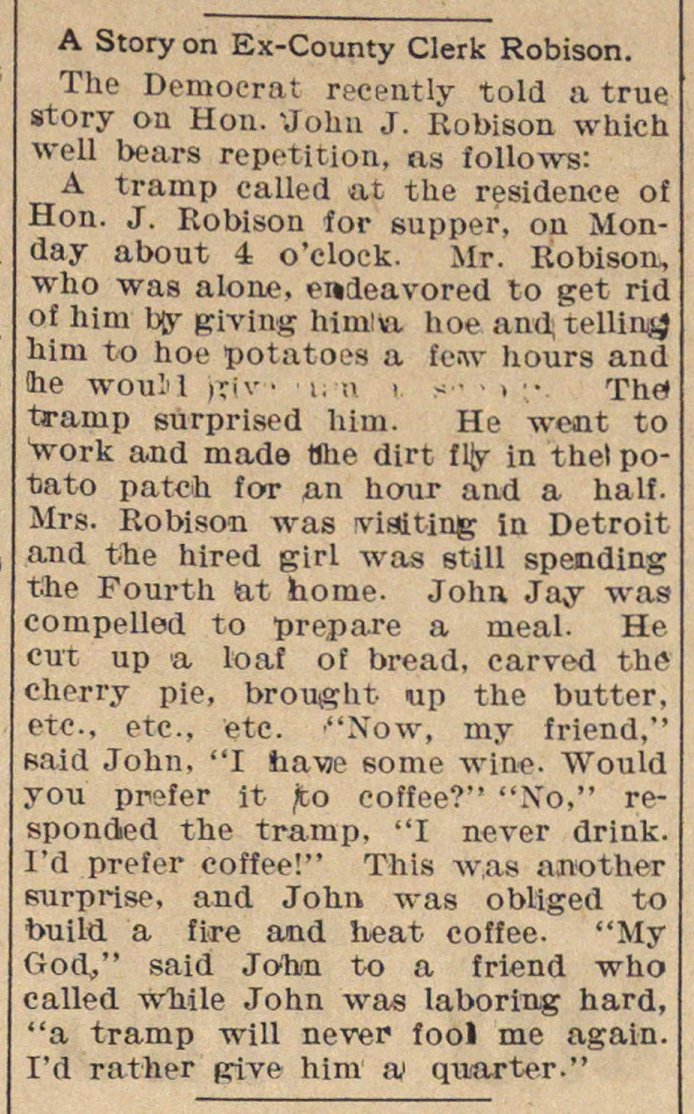 Ihe Democrat recently told a true story on Hou. -John J. Rubison which well bears repetición, as follows: A tramp called at the residence of Hou. J. Robison for supper, on Mon(iay about 4 o'cloek. Mr. Robison, who was alone, ewïeavored to get rid of him by living himla hoe and; telling liiiu to hoe potatoes a few hours and Ihe wouM ixlv i. n ■ (■- ■■ Thd tramp surprised him. He wont to ■work and made tthe dirt f in thel potato patch for an hour and a half. Mts. Robison was viaiting in Detroit and the hired girl was still spending the Fourth lat home. John Jay was compelled to prepare a meal. He cut up a loaf of bread, carved the cherry pie, bronght up the butter, etc., etc., etc. "Now, my friend," Baid John, "I hawe some wine. Would you profer it jco coffee?" "Xo," responded the tramp, "I never drink, l'd prefer coffee!" This was nnother surprise, and John was obllged to build a fire and heat coffee. "My God," said Jolwi to a friend who called while John was laboring hard, "a tramp will nevr1 fooi me again. l'd rather frive him a; quarter."