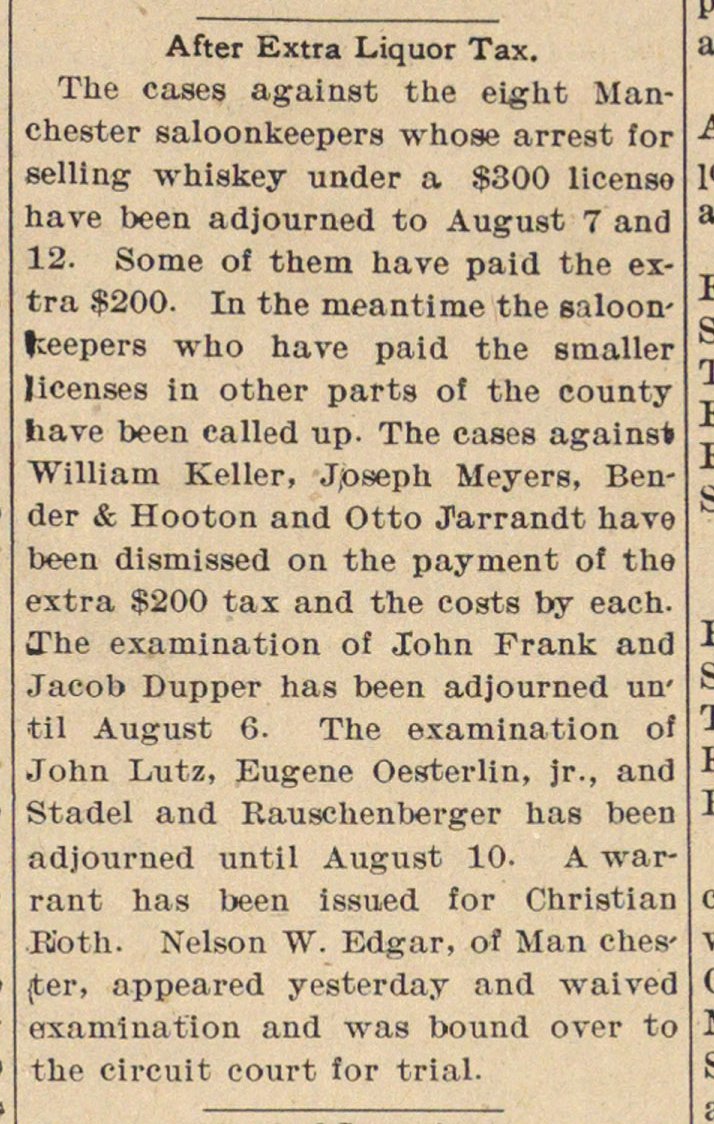 The cases against the eigut Manchester saloonkeepers wliose arrest for selling whiskey under a $300 licenso ïave been adjourned to August 7 and 12. Some of them have paid the extra $200. In the meantime the saloonleepers who have paid the smaller censes in other parts of the county ïave been called up. The cases against William Keiler, J,oseph Meyers, Bender & Hooton and Otto Jarrandt have jeen dismissed on the payment of the extra $200 tax and the costs by eaeh. LThe examination of lohn Frank and Jacob Dupper has been adjourned until August The examination of John Lutz, Eugene Oesterlin, jr., and Stadel and Rauschenberger has been idjourned until August 10. A warrant has been issued for Christian Koth. Nelson W. Edgar, of Man choster, appeared yesterday and waived ixnmination and was bound over to tho circuit court for trial.