Probably as Accurate - Gabriel- "What do... 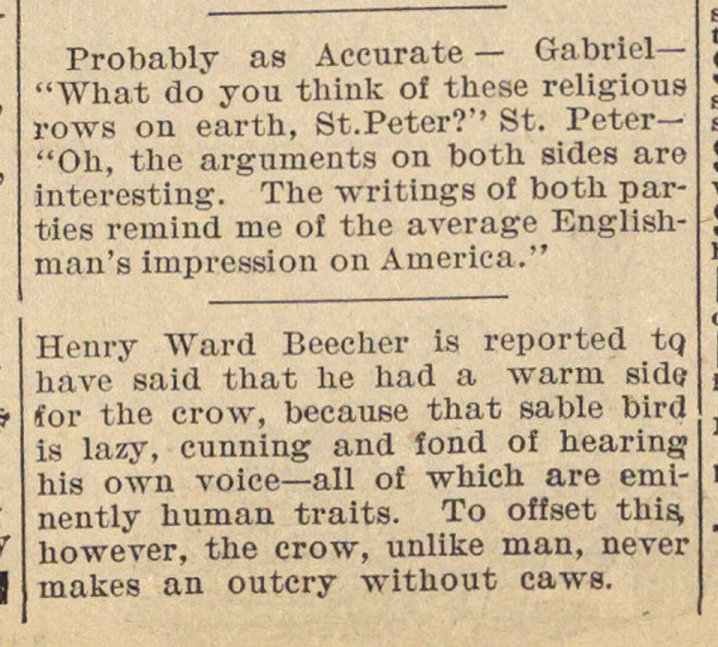 Probably as Accurate - Gabriel- "What do you think of these religious rows on earth, St.Peter?'' St. Peter"Oh, the argnments on both sides arO interesting. The writings of both par ties remind me of the average English man's impresslon on America." Henry Ward Beecher is reported tQ liavc'said that lie had a warm sid ior the crow, because that sable biri is lazy, cunning and fond of hearing his ovru voice- all oL which are emineutly human traits. To offset thi$ however, the crow, unlike man, never makes an outcry without caws.