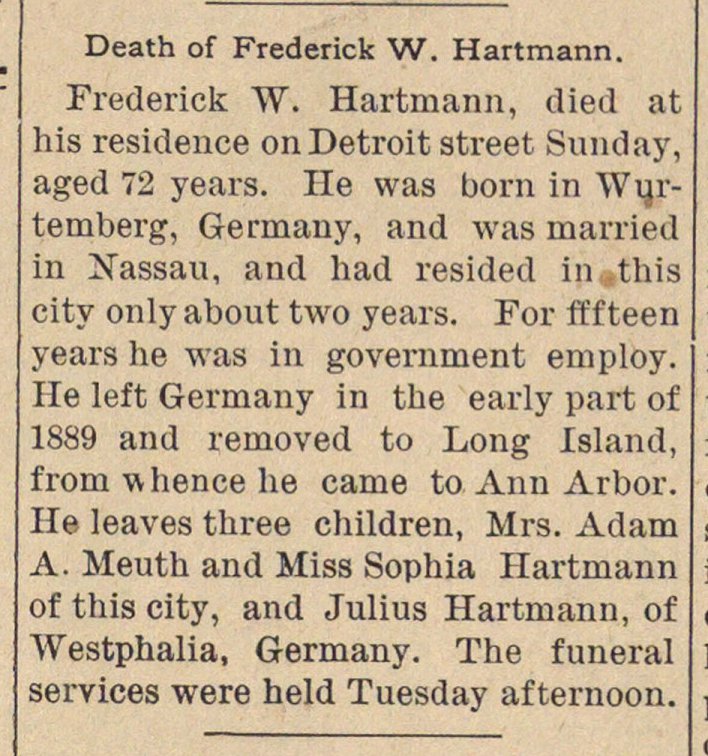 Frederick W. Hartmann, died at his residence on Detroit street Sunday, aged 72 years. He was born in Wurtemberg, Germany, and was married in Xassau, and had resided inthis city only about two years. For fff teen years he was in government employ. He left Germany in the early part of 1889 and removed to Long Island, from w henee he carne to Ann Arbor. He leaves three children, Mrs. Adam A. Meuth and Miss Sophia Hartmann of this city, and Julius Hartmann, of Westphalia, Germany. The funeral services were held Tuesday afternoon.