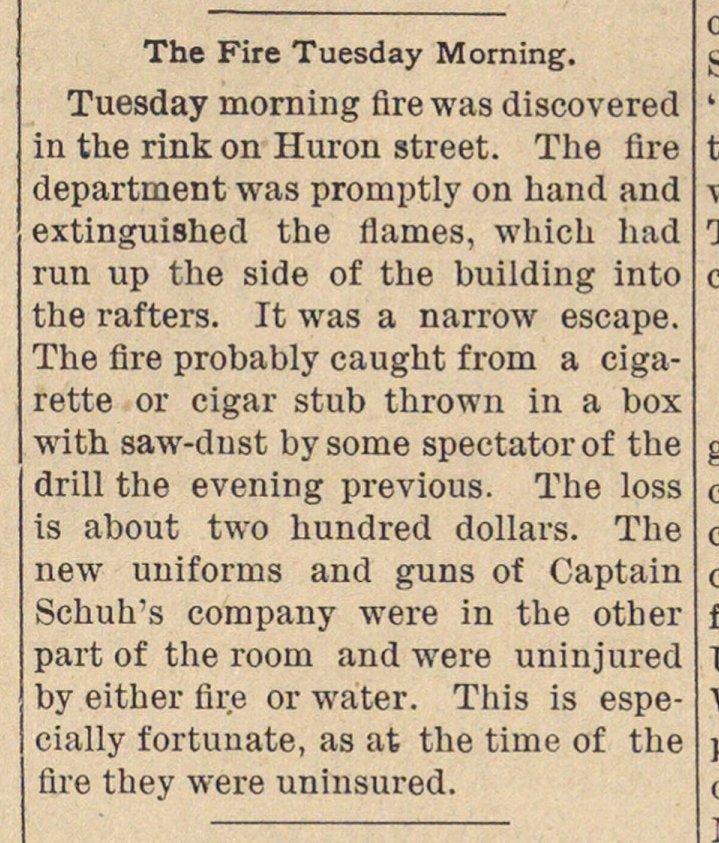 Tuesday ínorning flre was discovered in the rink on Hurón street. The fire department was promptly on hand and extinguished the flames, which liad run up the side of the building into ;he rafters. It was a narrow escape. The fire probably caught from a cigarette or cigar stub thrown in a box with saw-dnst bysome spectator of the drill the evening previous. The loss is about two hundred dollars. The new uniforms and guns of Captain Schuh's company were in the other part of the loom and were uninjured by either fire or water. This is especially fortúnate, as at the time of the fire they were uninsured.