A Wonderful Sense Of Smell 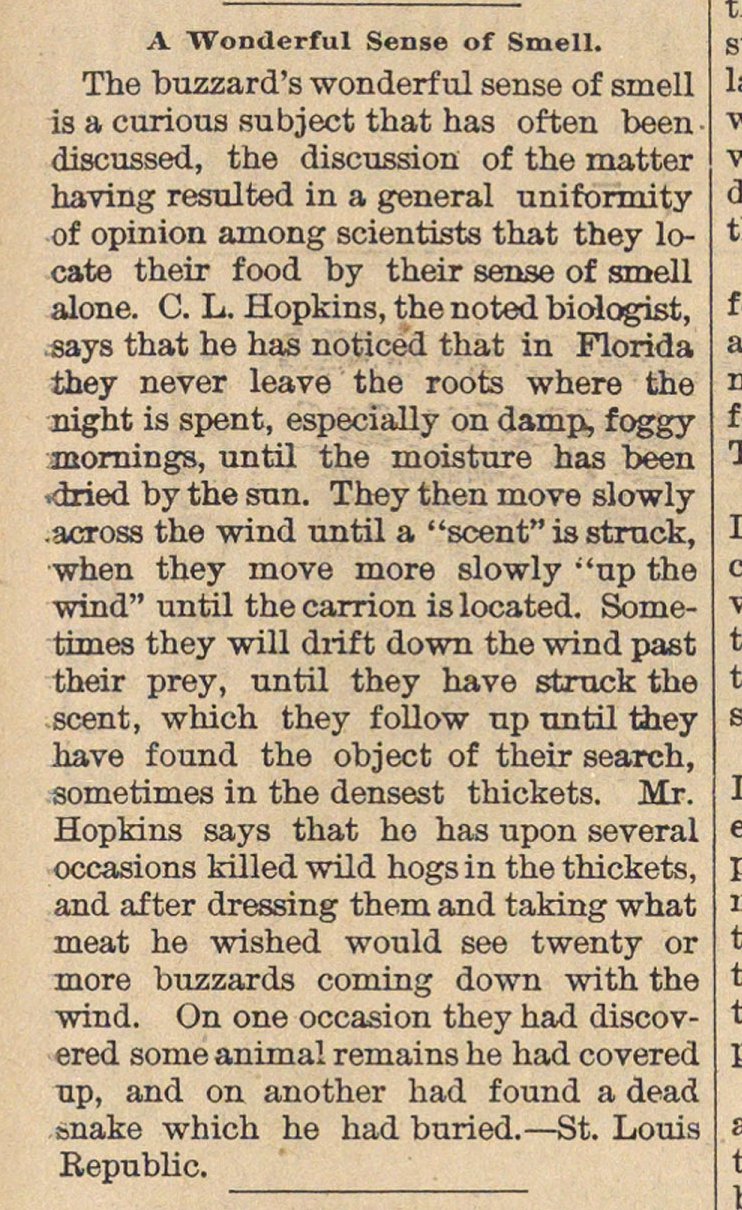 The buzzard's wonderf ui sense of smell is a curious subject that has often beendiscussed, the discussion of the matter having resulted in a general uniformity of opinión among scientists that they locate their food by their sense of smell alone. C. L. Hopkins, the noted biologist, .says that he has noticed that in Florida they never leave the roots where the night is spent, especially on damp, foggy momings, untü the moisture has been .dried by the sun. They then move slowly .across the wind nntil a "scent" is struck, when they move more slowly ilup the wind" until the carrion is located. Sometimes they will drift down the wind past their prey, until they have struck the scent, which they follow np until they have found the object of their search, sometimes in the densest thickets. Mr. Hopkins says that he has upon several occasions killed wild hogs in the thickets, and af ter dressing them and taking what meat he wished would see twenty or more buzzards coming down with the wind. On one occasion they had discovered some animal remains he had covered up, and on another had found a dead