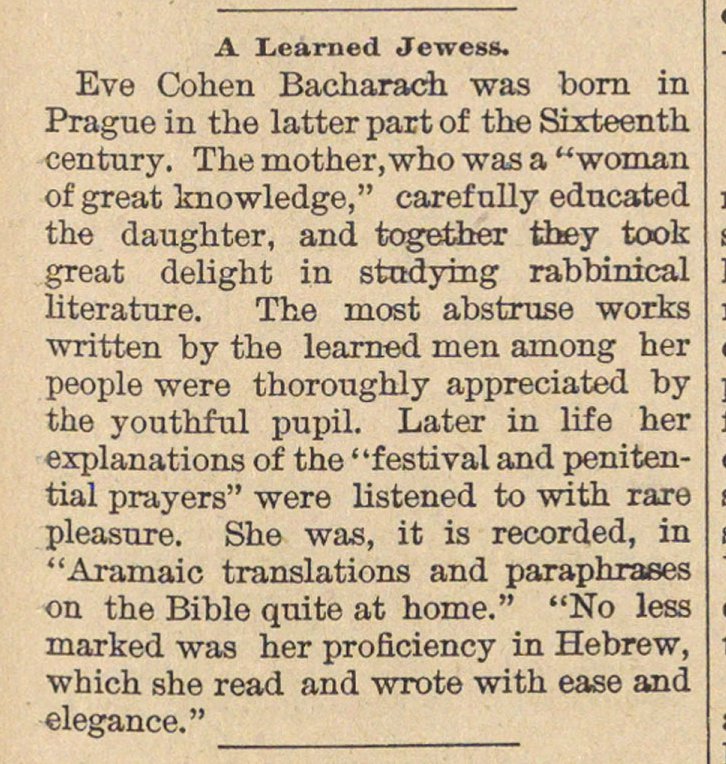 Eve Cohén Bacharach was bom in Prague in the latter part of the Sixteenth century. The mother,who was a "woman ofgreat knowledge," caref nlly educated the daughter, and togefcher they took great delight in stadying rabbinical literature. The most abstruse works written by the learned men among her people were thoroughly appreciated by the youthful pupil. Later in life her explanations of the ' 'festival and penitential prayers" were listened to with rare pleasure. She was, it is recorded, in "Aramaic translations and paraphraees on the Bible quite at home." "No less marked was her proficiency in Hebrew, which she read and wrote with ease and elegance."