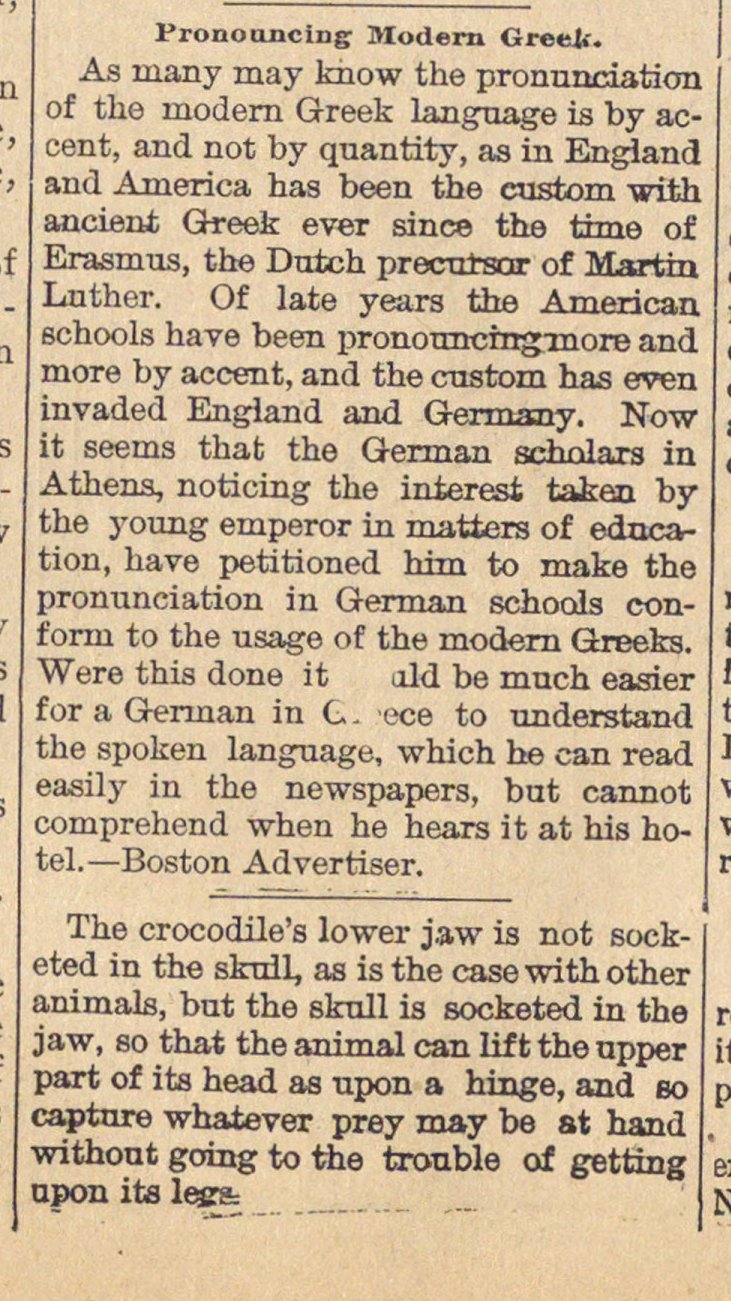 As ínany may know the pronnnciation of the modern Greek langnage is by accent, and not by quantity, as in England and America has been the custom with ancient Greek ever since the time of Erasmus, the Dutch precursor of Martin Lnther. Of late years the Americaa schools have been pronotmcmgTnore and more by accent, and the costom has even invaded England and Germany. Now it seems that the Germán scholars in Athens, noticing the interest taken by the young emperor in matters of edncation, have petitioned bim to make the pronunciation in Germán schools conform to the usage of the modern Greeks. Were this done it oíd be much easier f or a Germán in G . ece to understand the spoken language, which he can read easily in the newspapers, bat cannot comprehend when he hears it at bis hotel. - Boston Advertiser. The crocodile's lower jaw is not socketed in the sktdl, as is the case with other animáis, but the skull is socketed in the jaw, so that the animal can lift the upper part of its head as upon a hinge, and bo capture whatever prey may be st hand without going to the tronble of getting apon its legs: