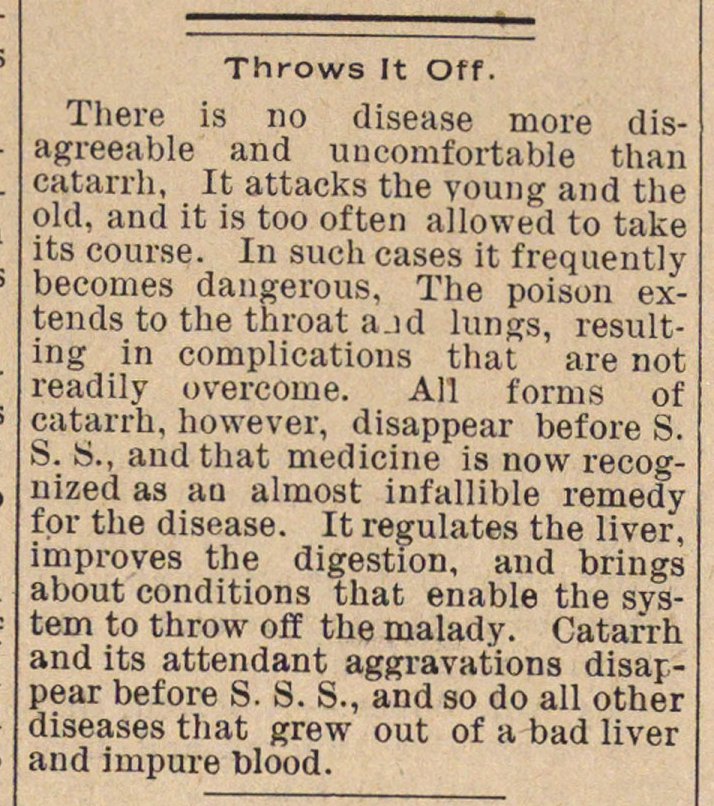 Throws It Off. There is uo disease more disagreeable and uucomfortable than catarrh, It attacks the young and the old, and it is too often allowed to take its course. In such cases it frequently becomes dangerous, The poison extends to the throat u.id lungs, resulting in complications tliat are not readily overeóme. All forms of catarrh, however, disappear before S. S. !s., and that medicine is now recognized as au almost infallible remedy fpr the disease. It regulates the liver, improves the digestión, and brings about conditions that enable the system to throw off the malady. Catarrh and its attendant aggravationa disappear before S. S. S., and so do all other diseases that grew out of a bad liver and inipure blood.