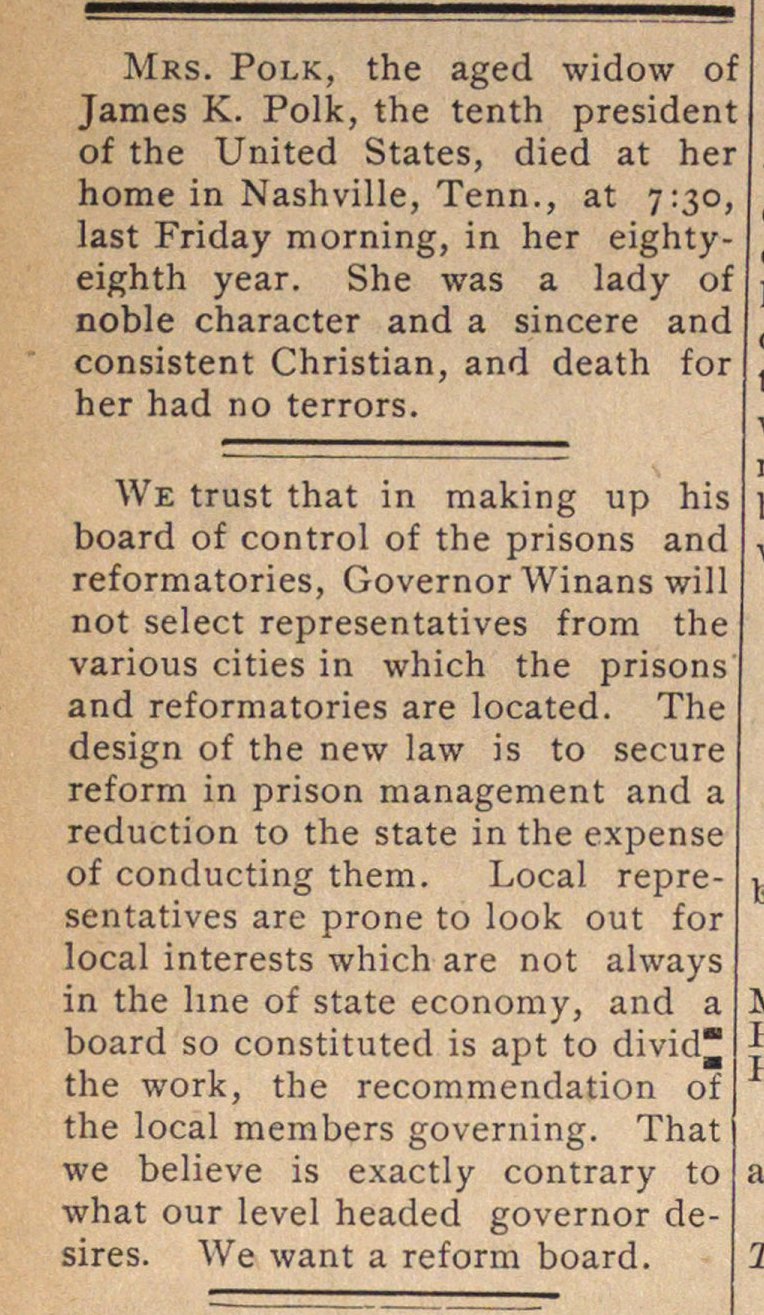 Mrs. Polk, the aged widow of James K. Polk, the tenth president of the United States, died at her home in Nashville, Tenn., at 7:30, last Friday morning, in her eightyeighth year. She was a lady of noble character and a sincere and consistent Christian, and death for her had no terrors. We trust that in making up his board of control of the prisons and reformatories, Governor Winans will not select representatives from the various cities in which the prisons and reformatories are located. The design of the new law is to secure reform in prison management and a reduction to the state in the expense of conducting them. Local representatives are prone to look out for local interests which are not always in the line of state economy, and a board so constituted is apt to divid" the work, the recommendation of the local members governing. That we believe is exactly contrary to what our level headed governor desires. We want a reform board.