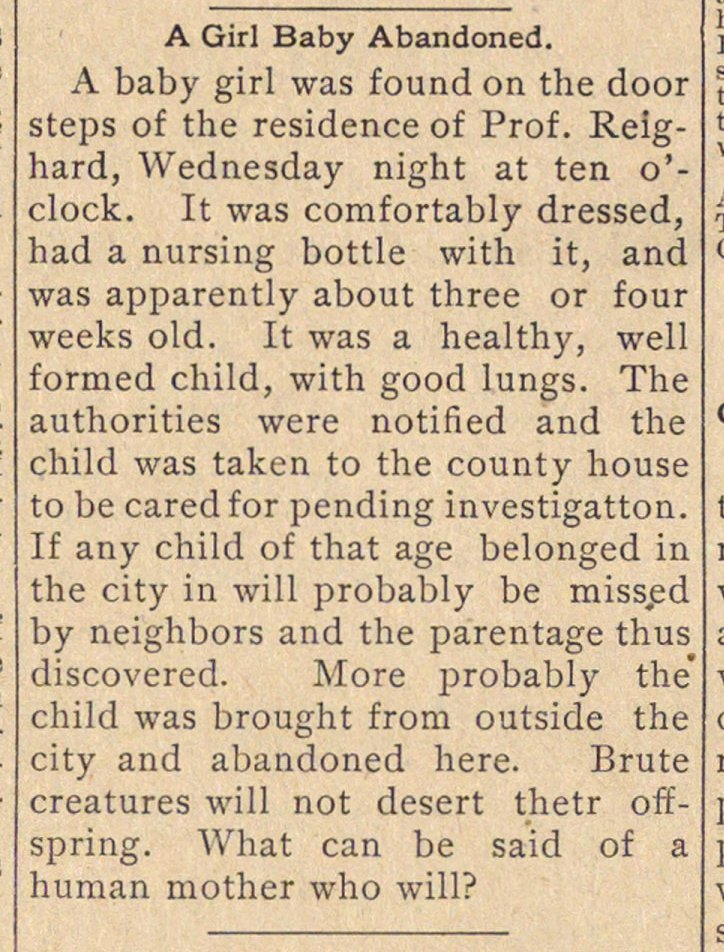 A baby girl was found on the door steps of the residence of Prof. Reighard, Wednesday night at ten o'clock. It was comfortably dressed, had a nursing bottle with it, and was apparently about three or four weeks old. It was a healthy, well formed child, with good lungs. The authorities were notified and the child was taken to the county house to be cared for pending investigatton. If any child of that age belonged in the city in will probably be miss,ed by neighbors and the parentage thus discovered. More probably the child was brought from outside the city and abandoned here. Brute creatures will not desert thetr offspring. What can be said of a human mother who will?