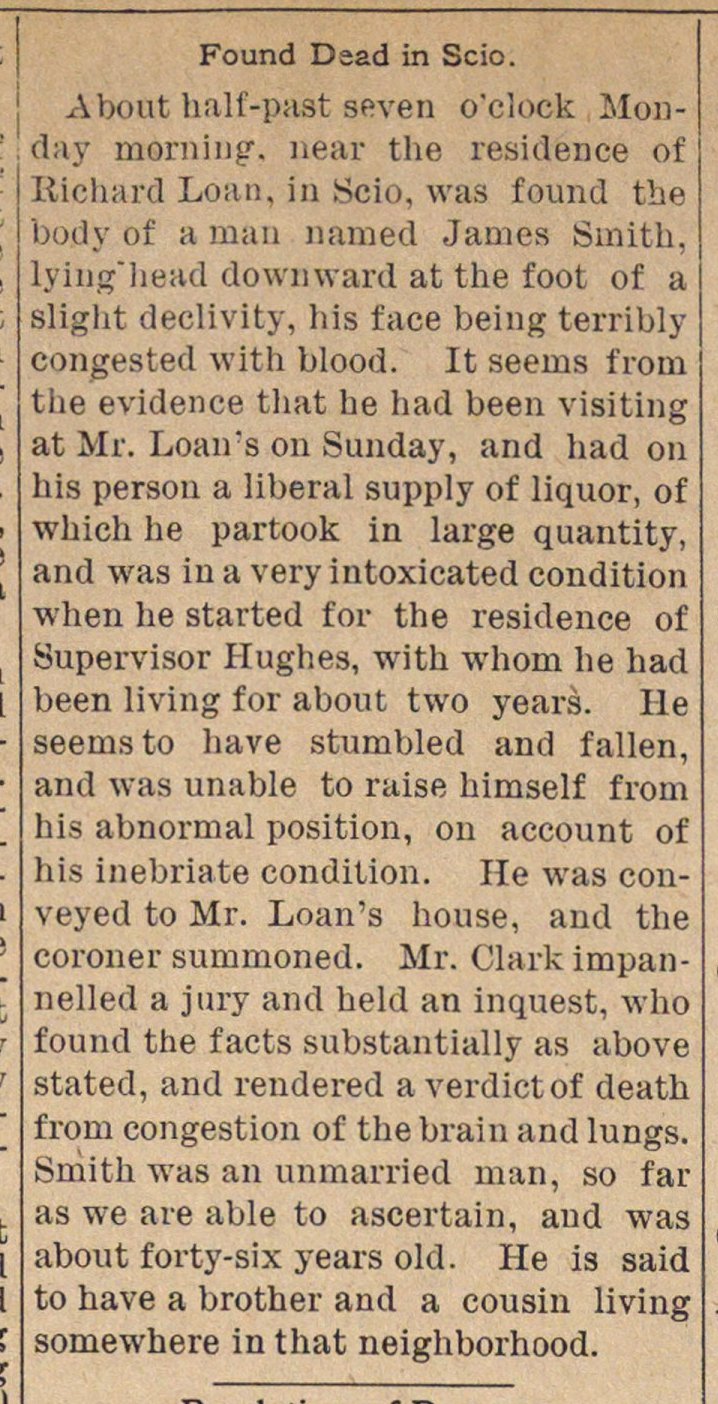 A bont half-past geven o'clock Monday morning. near the residence of Richard Loan in Scio, was found the body of a man named James Smith, lying hend downward at the foot of a sliglit declivity, his face being terribly congested with blood. It seerns from the evidence that he had been visiting at Mr. Loans on Sunday, and had on hls person a liberal supply of liquor, of which he partook in large quantity, and was in a very intoxicated condition when he started for the residence of Supervisor Hughes, with whom he had been living for about two years. He seemsto have stumbled and fallen, and was unable to raise himself from his abnormal position, on account of his inebríate condition. He was conveyed to Mr. Loan's house, and the coroner sumrnoned. Mr. Clark impannelled a jury and held an inquest, who found the facts substantially as above stated, and rendered a verdict of death from congestión of the brain and lungs. Smith was an unmarried man, so f ar as we are able to ascertain, and was about forty-six years old. He is said to have a brother and a cousin living somewhere in that neighborhood.