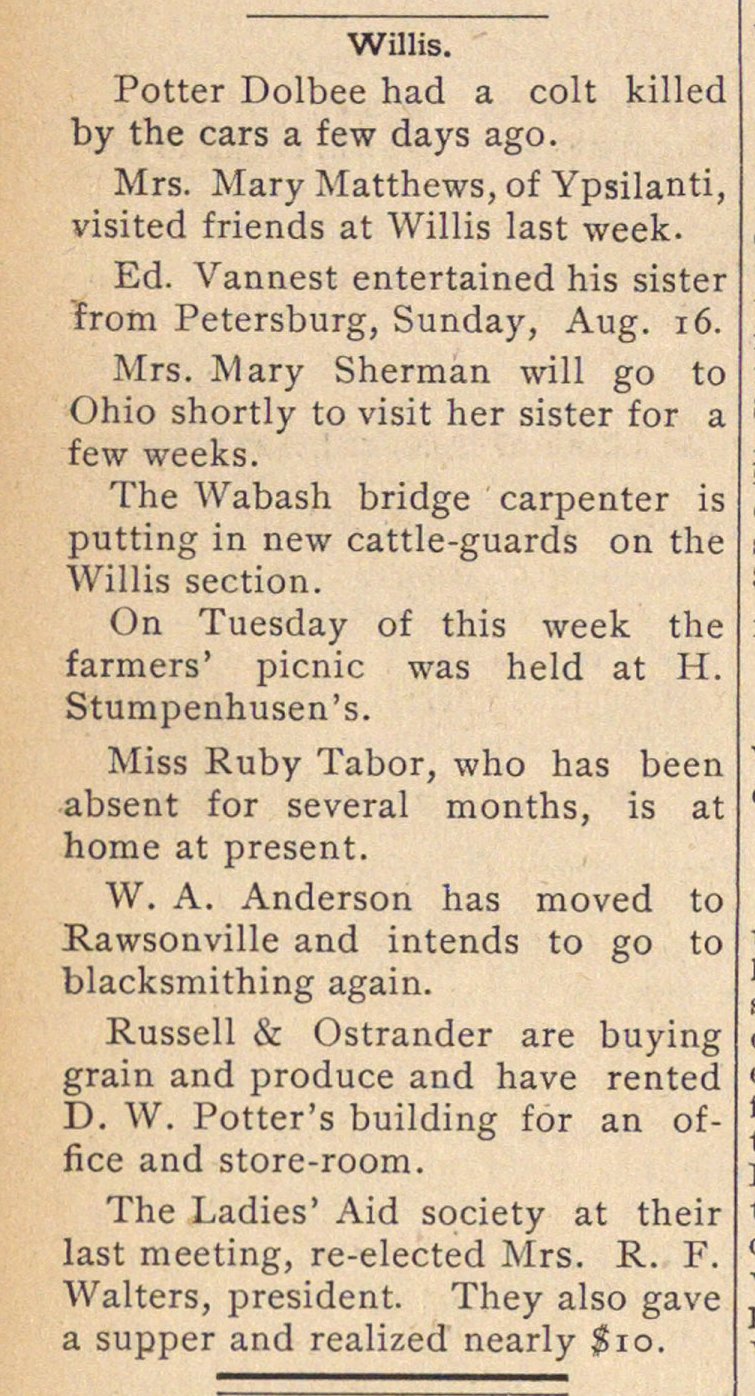 Potter Dolbee had a colt killed by the cars a few days ago. Mrs. Mary Matthews, of Ypsilanti, visited friends at Willis last week. Ed. Vannest entertained his sister from Petersburg, Sunday, Aug. 16. Mrs. Mary Sherman will go to Ohio shortly to visit her sister for a few weeks. The Wabash bridge carpenter is putting in new cattle-guards on the Willis section. On Tuesday of this week the farmers' picnic was held at H. Stumpenhusen's. Miss Ruby Tabor, who has been absent for several months, is at home at present. W. A. Anderson has moved to Rawsonville and intends to go to blacksmithing again. Russell & Ostrander are buying grain and produce and have rented D. W. Potter's building for an office and store-room. The Ladies' Aid society at their last meeting, re-elected Mrs. R. F. Walters, president. They also gave a supper and realized nearly $10.