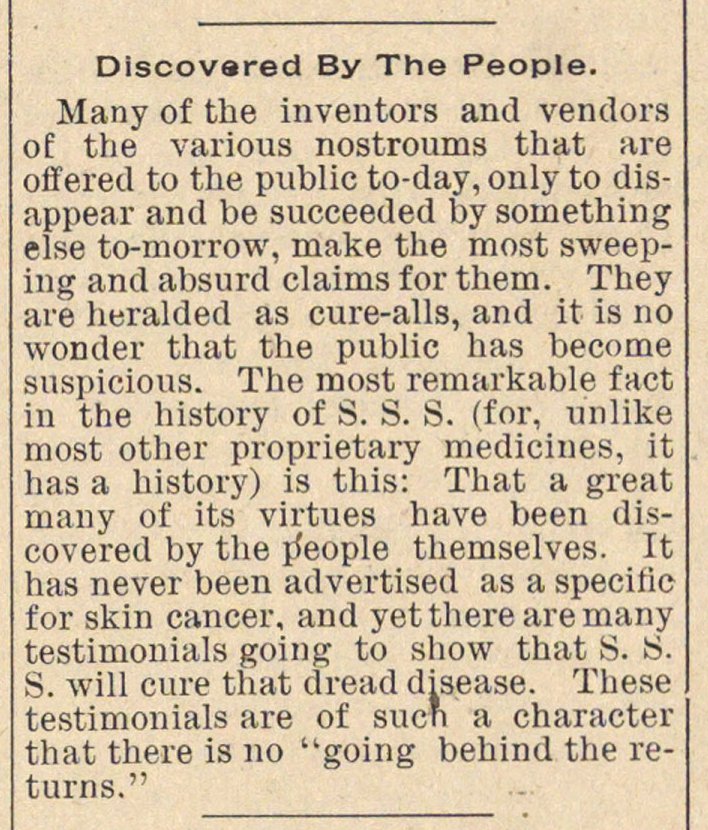 Discovared By The People. Many of the inventora and vendors of the varióos nostroums that are offered to the public to-day, only to disappear and be succeeded by something else to-morrow, make the most sweeping and absurd claims for them. They are heralded as cure-alls, and it is no wonder that the public has become suspicious. The most remarkable f act in the history of S. S. S. (for, unlike most other proprietary medicines, it has a history) is this: That a great many of its virtues have been discovered by the people themselves. It has never been advertised as a specitic for skin cáncer, and yetthere are many testimoniáis going to show that S. 8. 8. will cure that dread disease. These testimoniáis are of sucn a character that there is no "going behind the returns."