Improvement Around The Court Yard Square 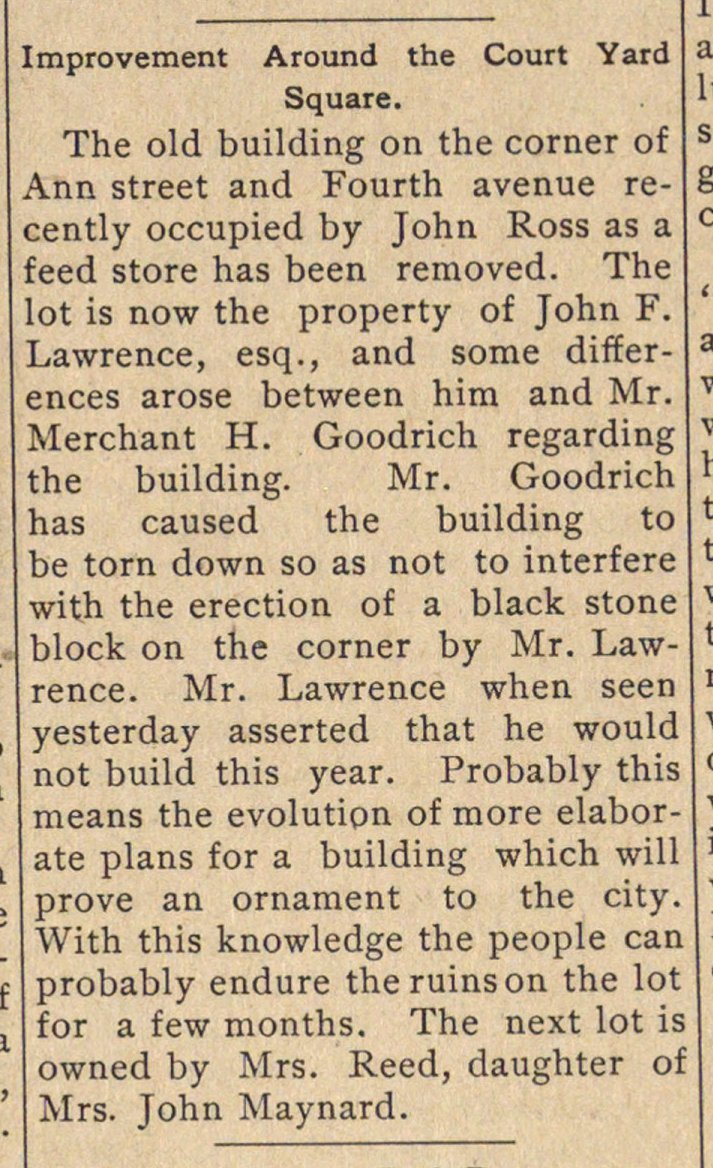 The old building on the corner of Ann street and Fourth avenue recently occupied by John Ross as a feed store has been removed. The lot is now the property of John F. Lawrence, esq., and some differences arose between him and Mr. Merchant H. Goodrich regarding the building. Mr. Goodrich has caused the building to be torn down so as not to interfere with the erection of a black stone block on the corner by Mr. Lawrence. Mr. Lawrence when seen yesterday asserted that he would not build this year. Probably this means the evolution of more elabórate plans for a building which will prove an ornament to the city. With this knowledge the people can probably endure theruinson the lot for a few months. The next lot is owned by Mrs. Reed, daughter of Mrs. John Maynard.