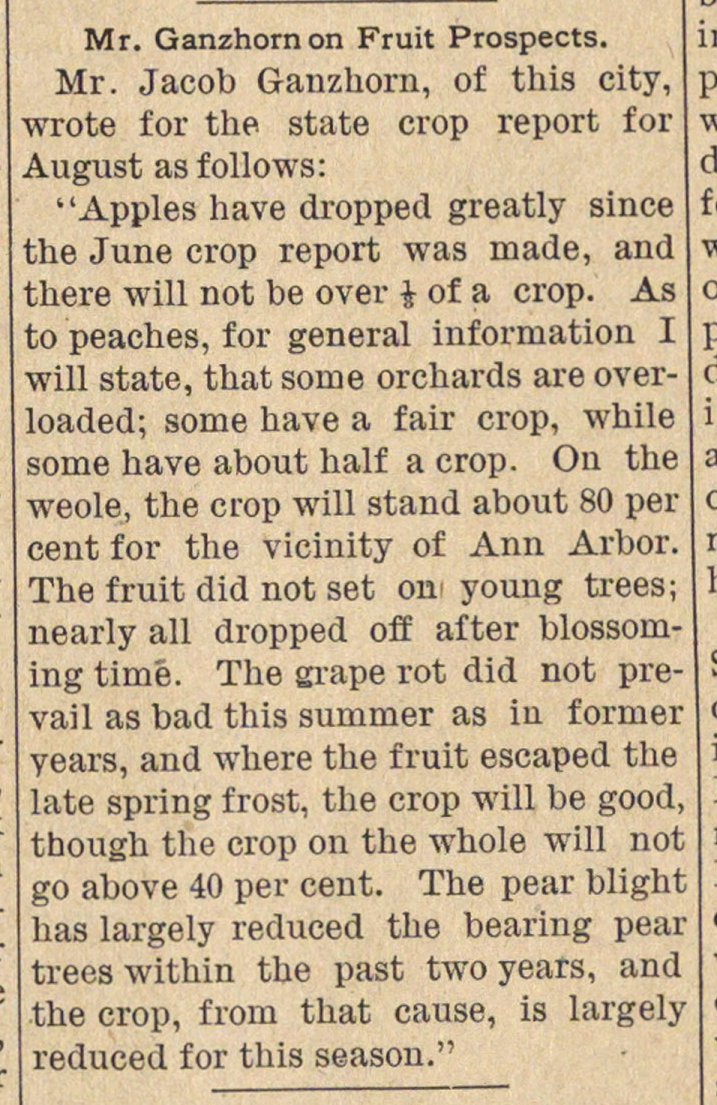 Mr. Jacob Ganzhorn, of this city, wrote for the state erop report for August asfollows: "Apples have dropped greatly since the June erop report was made, and there will not be over i of a erop. As to peaches, for general information I will state, that som e orchards are overloaded; some have a fair erop, while some have about half a erop. On the weole, the erop will stand about 80 per cent for the vicinity of Ann Arbor. The fruit did not set young trees; nearly all dropped off after blossoming timé. The grape rot did not prevail as bad this summer as in fornier years, and where the fruit escaped the late spring frost, the erop will be good, though the erop on the whole will not go above 40 per cent. The pear blight has largely reduced the bearing pear trees within the past two years, and the erop, from that cause, is largely reduced for this season."