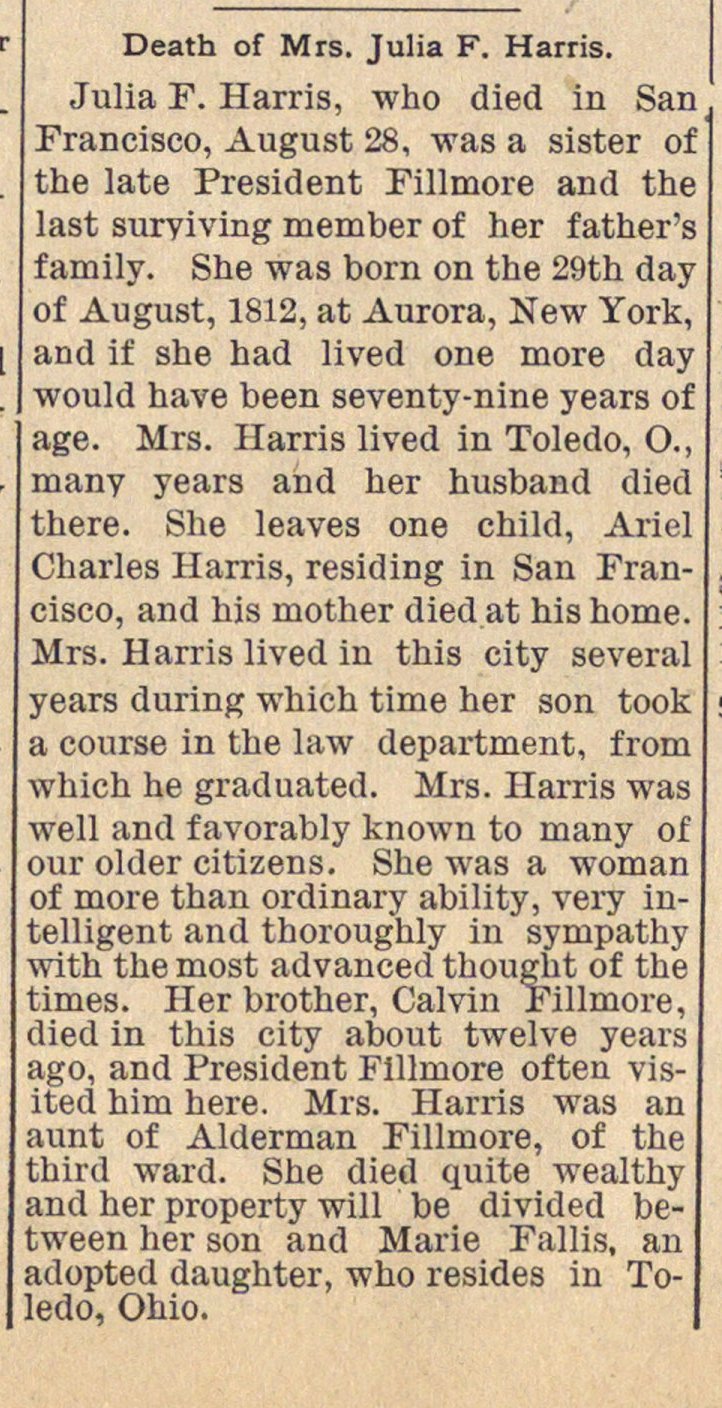 Julia F. Harris, who died in San Francisco, August 28, was a sister of the late President Fillmore and the last surviving member of her father's family. She was bom on the 29th day of August, 1812, at Aurora, New York, and if she had lived one more day would have been seventy-nine years of age. Mrs. Harris lived in Toledo, O., many years and her husband died there. She leaves one child, Ariel Charles Harris, residing in San Francisco, and his mother died at his home. Mrs. Harris lived in this city several years during which time her son took a course in the law department, f rom which he graduated. Mrs. Harris was well and favorably known to many of our older citizens. She was a woman of more than ordinary ability, very intelligent and thoroughly in sympathy with the most advanced thought of the times. Her brother, Calvin Fillmore, died in this city about twelve years ago, and President Fillmore often visited him here. Mrs. Harris was an aunt of Alderman Fillmore, of the third ward. She died quite wealthy and her property will be divided between her son and Marie Fallis, an adopted daughter, who resides in Toledo, Ohio.