Out On A Writ Of Habeas Corpus 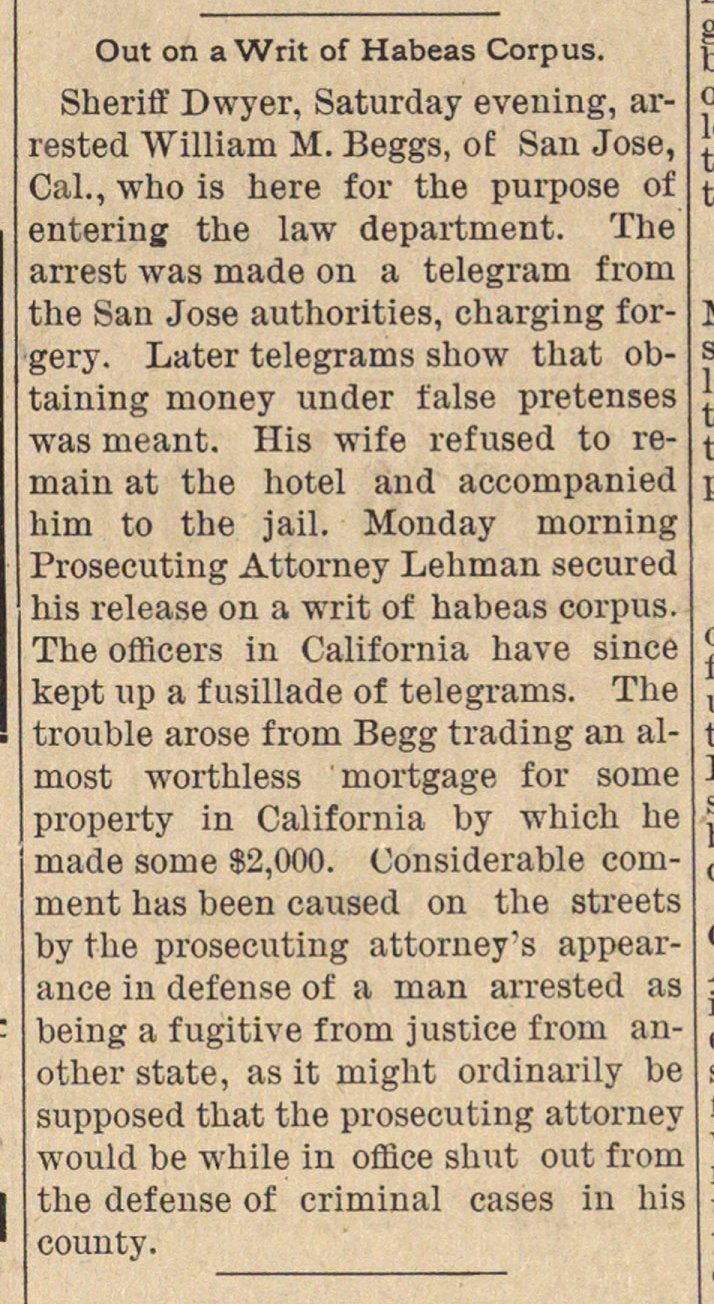 Sheriff Dwyer, Saturday evening, arrested William M. Beggs, of San José, Cal., who is here for the purpose of entering the law department. The arrest was made on a telegram from the San José authorities, charging forgery. Later telegrams show that obtaining money under false pretenses was meant. His wife refused to remain at the hotel and accompanied him to the jail. Monday morning Prosecuting Attorney Lehman secured his release on a writ of babeas corpus. The officers in California have since kept up a f usillade of telegrams. The trouble arose from Begg trading an almost worthless mortgage for soine property in California by which he made sonie $2,000. Considerable comment has been caused on the streets by the prosecuting attorney's appearance in defense of a man arrested as being a fugitive from justice from another state, as it might ordinarily be supposed that the prosecuting attorney would be while in office simt out from the defense of criminal cases in his couuty.