The New Bridge Over The Huron 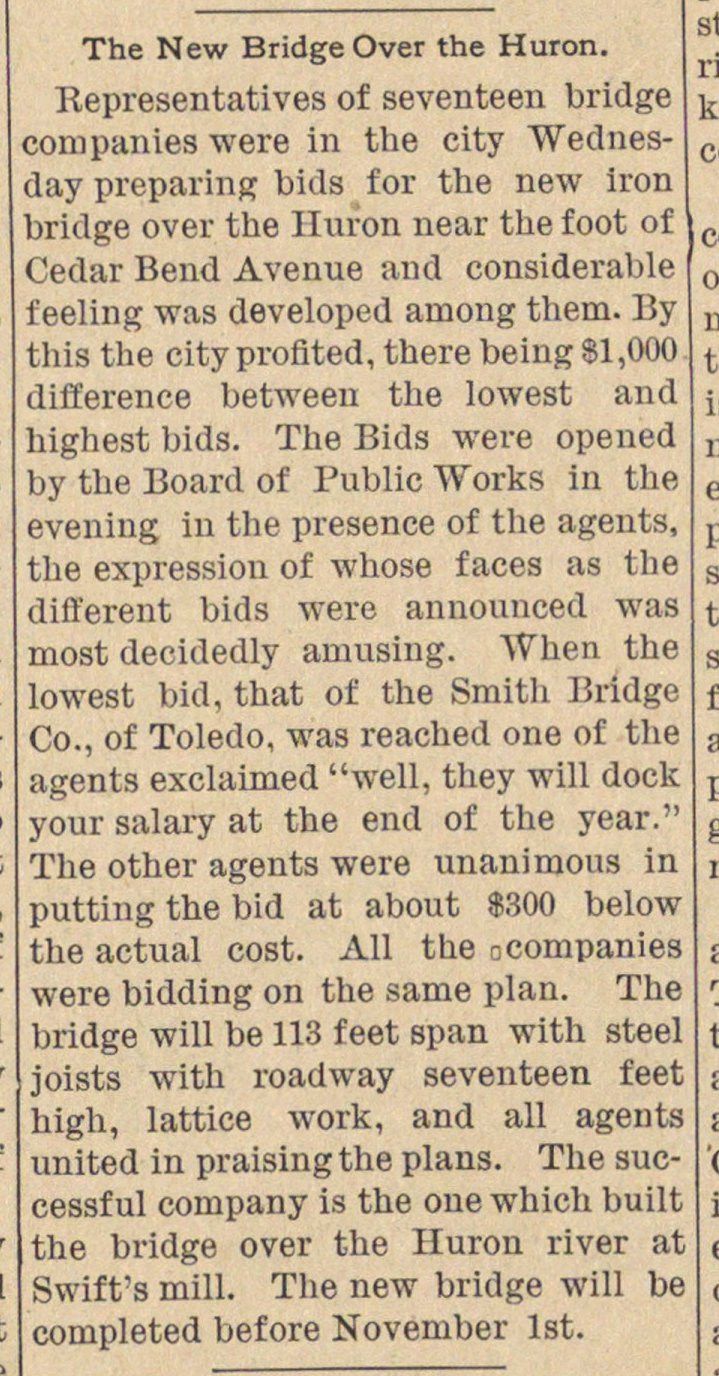 Representatives of seventeen bridge companies were in the city Wednesday preparing bids for the new iron bridge over the Huron near the foot of Cedar Bend Avenue and considerable f eeling was developed among them. By this the city proflted, there being $1 ,000 difference betweeu the lowest and liighest bids. The Bids were opened by the Board of Public Works in the evening in the presence of the agents, the expression of whose faces as the different bids were announced was most decidedly amusing. When the lowest bid, that of the Smith Bridge Co., of Toledo, was reached one of the agents exclaimed "well, they will doek your salary at the end of the year." The other agents were unanimous in putting the bid at about $300 below the actual cost. All the ocompanies were bidding on the same plan. The bridge will be 113 f eet span with steel joists with roadway seventeen feet high, lattice work, and all agents united in praising the plans. The successf ui company is the oue which built the bridge over the Huron river at Swift's mili. The new bridge will be completed before November lst.