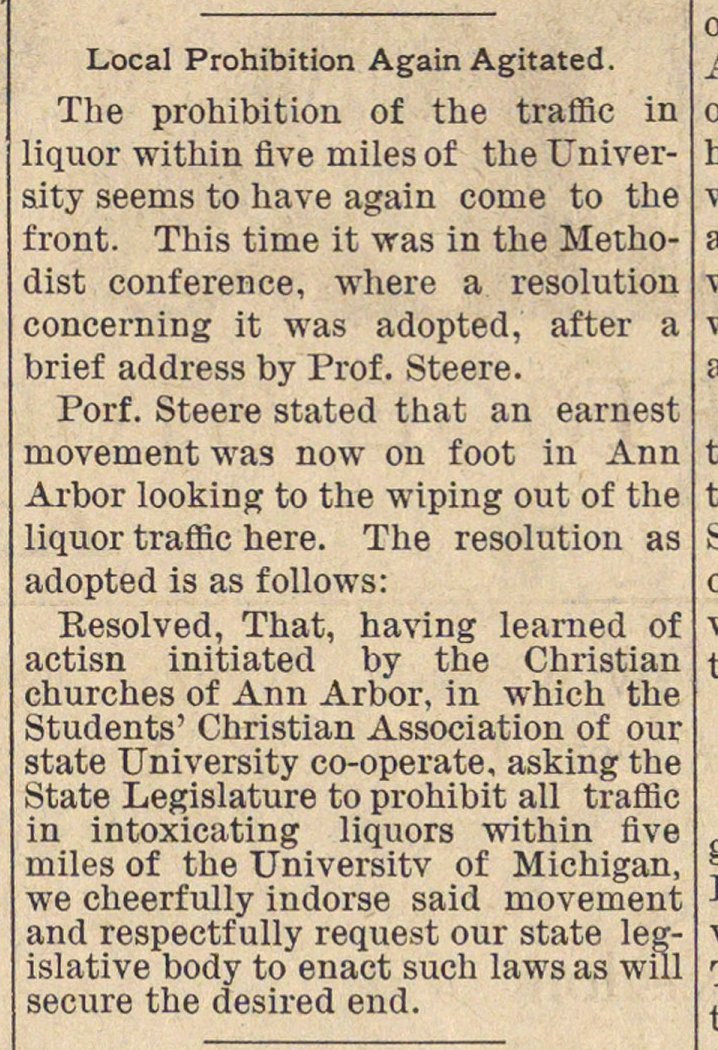 The prohibition of the trafHc in iquor within flve miles of the University seems to have again come to the front. This time it ras in the Methodist conference, where a resolution concerning it was adopted, after a jrief address by Prof. Steere. Porf. Steere stated that an earnest movement was now on foot in Ann Arbor looking to the wiping out of the liquor trafflc here. The resolution as adopted is as follows: Eesolved, That, having leanied of actisn initiated by the Christian churches of Ann Arbor, in which the Students' Christian Association of our state Uniyersity co-operate, asking the State Legislatura tq prohibit all traffic in intoxicating liquors within five miles of the Universitv of Michigan, we cheerfully indorse said movement and respectf ully request our state legislative body to enact such laws as will secure the desired end.